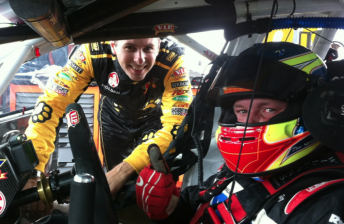 Having last raced in the Fujitsu Series for his own team in 2009, the 27-year-old says he will be pushing to rejoin the class next year.

“Driving these cars makes you want to drive them more,” Sieders told Speedcafe.com of V8 Supercars.

“Today’s test went well. The PMM boys had a pretty busy schedule, so we just fitted ourselves in where we could. 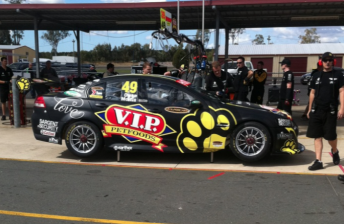 “We got to learn a fair bit from the engineers who gave us some great feedback. and it was just good to drive a current-spec car – I haven’t done that since 2006.

“When I left the Fujitsu Series and went to the V8 Utes, I was torn. Now, I want to go forward again.

“I want to win the Utes title this year, and this test has made me determined to get back into a V8 Supercar full-time.”

Camilleri meanwhile is preparing to compete in back-to-back 24 Hour races at Barcelona and Silverstone with Ryan McLeod’s Holden Astra team.