Whitaker: New role at V8s will suit me

Whitaker: New role at V8s will suit me 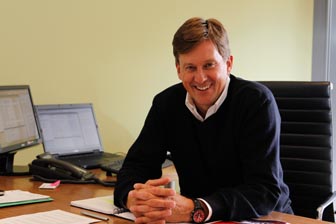 Former V8 Supercars CEO Martin Whitaker says that his new role of International Director will be a better role for him.

V8 Supercars announced yesterday that Whitaker was being moved aside to the new role and a global search for a new CEO will be undertaken.

In an exclusive interview with Speedcafe.com, the former boss of the Bahrain International Circuit says that given his international background and experience, his new position will allow him to focus on his strengths.

“International director is a great role for me,” Whitaker told Speedcafe.com.

“Essentially, that’s where my skills are. I’ve come from an international motor sport background, and it gives me an opportunity not only to use my knowledge and experience in that field, but also use the contacts I have.

“Having run the circuit in Bahrain gives me a lot of understanding of how a circuit and a country goes about staging an international event.

“In that sense, it’s going to be a great role for me and I’m sure I’ll be able to my skills to the betterment and furthermost of the International V8 Supercars Championship.”

For more with Martin Whitaker, see below for Speedcafe.com’s video interview.