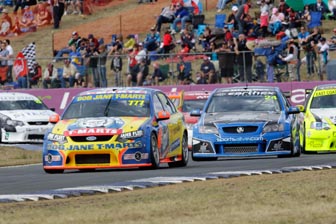 Australian motorsport industry veteran Dale Rodgers has been appointed by the Fujitsu V8 Supercars Series teams as their Category Representative.

Rodgers has accepted the role assist give the Fujitsu Series teams a greater voice.

Rodgers has a long career in motorsport and his sports marketing company currently manages Steven Johnson & Tim Blanchard. He was a representative of CAMS at the FIA for over 5 years as well as holding board positions at ANDRA and commission seats at NASR. He successfully owned and operated Revolution Racegear for over a decade.

“I am really pleased to be able to take on this role,” Rodgers said.

“The Fujitsu V8 Supercars Series is heading for even greater things in the future and the new structure allows us to work closely with V8 Supercars to achieve that goal.”