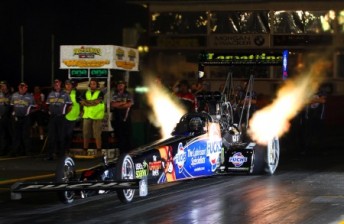 DRAG Ltd – the marketing and promotions arm set up to manage professional drag racing in Australia – has been disbanded.

The operations of DRAG Ltd have been brought in-house to ANDRA with the new season beginning at Sydney Dragway next weekend with the Fuchs Australian Nationals.

For some time, the viability of DRAG Ltd has been questioned by competitors, with the last season seeing numerous series sponsors withdrawing their involvement from the sport.

This announcement comes off the back of the resignation of Chairman Simon Pinnock (who was only recently installed in the role) and ANDRA Board Member Steve Bettes who simultaneously sat on the Board of DRAG Ltd and continues to act as Managing Director of Willowbank Raceway.

Much of this has come in the wake of the retirement of long-time CEO Tony Thornton.

Liam Waldron, one of ANDRA’s two independent board members, has assumed the role of interim Chairman.

Competitors and administrators are now looking at a new way to take the sport in Australia forward.

Former Top Fuel Champion Phil Lamattina has a proposal in the marketplace for a new concept dubbed the ‘Eliminator Racing Series.’

There have been suggestions that post-Nationals, the Eliminator Racing Series concept will be adopted by Pro Series competitors as the future direction for professional drag racing in this country.

Currently, the ANDRA Pro Series calendar features a mixture of the key professional categories and the Rocket All Stars Series categories, with events such as the Australian Nationals and Winternationals playing host to every single category.