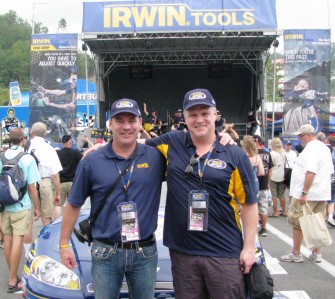 Victorian electrical fitter Jon Vains has had the experience of a lifetime at the world’s fastest half-mile in Tennessee.

Vains from Mount Macedon won the IRWIN Tools Bristol Night race competition and joined 160,000 of what became his closest friends at one of NASCAR’s premier events.

The competition which ran exclusively on Speedcafe.com included full VIP treatment, airfares for two, all transfers, accommodation, first class hospitality in the IRWIN Tools corporate suite, $1000 spending money and an extra internal flight within the USA.

“It’s something I can now cross off the bucket list,” said Vains.

“I would like to thank everyone at IRWIN for this a once in a lifetime experience. Everywhere we looked there was IRWIN around the track both inside and out.

“We even made it to victory lane to celebrate with Brad (Keselowski) and his team. The whole weekend was so well organised for us.

“I have always been a fan of IRWIN products, now I will fill my kit with nothing but IRWIN Tools!” 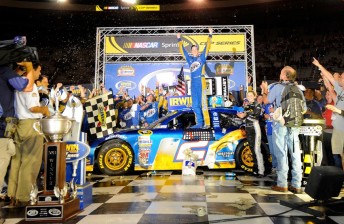 “It’s great to reward a tradesman with such a great prize,” said Browell.

“The whole event really encapsulated IRWIN and its racing activities. As well as Jon, IRWIN also hosted a large group of US tradies.

“What will IRWIN do next? People will just have to wait and see!” 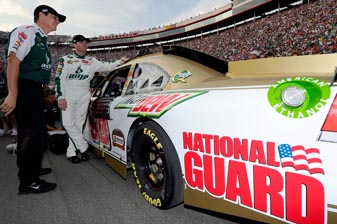 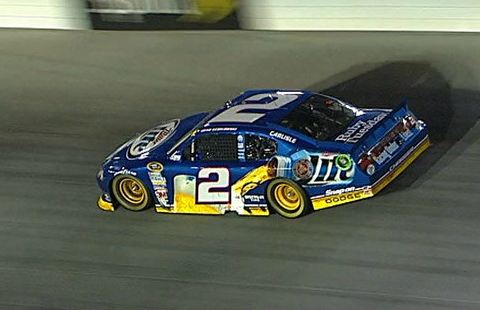