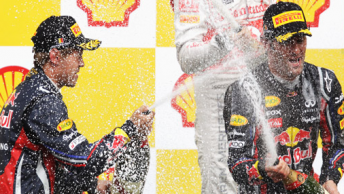 Has Australian motorsport ever been in better shape?

There’s no right or wrong answer to that question, but the grand achievements of those on and off shore are not going unnoticed.

Also in F1 land, Aussie Daniel Ricciardo recently made his debut and, all going well, is set for a long career at the top level of the sport.

In America, Australians are also shining bright behind the wheel of race cars. Marcos Ambrose (NASCAR) and Will Power (IndyCar) are coming off the back of recent wins, with both emerging as the next big stars of their chosen fields. 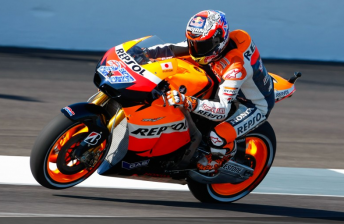 On two wheels, Casey Stoner is a convincing front-runner in MotoGP and seems destined to score his second world title this year.

Closer to home, the V8 Supercars Championship is making its own impression on the world stage, with confirmed off shore events in Austin, Texas, plus Abu Dhabi and New Zealand.

The list of achievements above is enough to make any Australian sports fan proud, and it also hasn’t gone unnoticed by Federal Minister of Sport Mark Arbib.

The Minister keeps a close eye on all local sporting endeavorers, and motor racing is no different.

Speedcafe.com’s Grant Rowley spoke to the Minister about the success of Australia’s racing stars and the emerging V8 Supercars category on the world stage.

SPEEDCAFE: It would be fair to say that Australian motorsport fans have never had it so good in terms of the competitiveness of Australians overseas. Do you agree? 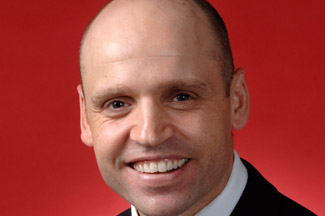 MARK ARBIB: Australia is experiencing an outstanding period of success across all motor sport disciplines, here at home and internationally.

To see the exploits of Mark Webber, Casey Stoner and Marcos Ambrose, just to name a few, is really exciting.

SPEEDCAFE: How important is it to have Australian drivers involved in world championships that have an event in Australia? Is it essential? Or just a bonus?

ARBIB: By having Australians compete in world motor sport events here in Australia is a huge draw card for event organisers and helps inspire a new generation of fans to the sport.

SPEEDCAFE: While our domestic sport is dominated by the different football codes, can you see the V8 Supercars able to build on its popularity and rival those leading sports in Australia?

ARBIB: The V8 Supercars are doing an exceptional job in positioning themselves to continue building on their following both in Australia and overseas. The extended race schedule in the coming years is a testament to the growth of the sport.

I think all Australians enjoy the variety of sports on offer to participate in as well as watch and support. Having a strong, competitive and entertaining product is a critical part of that success of the V8s. It’s a high quality and exciting competition.

SPEEDCAFE: What does V8 Supercars have to do to compete against the football codes?

ARBIB: I don’t think it needs to be a competition – there’s no such thing as too much sport!

The V8s have strong corporate backing and an excellent media profile which is reaching many fans, with the series receiving significant live coverage on free-to-air television.

ARBIB: Clearly the owners and operators of the series and the teams need to make financial decisions that support the long term success of their sport and that may mean a balancing act between events here and overseas.

It is important to ensure that V8 races remain a prominent fixture on the Australian sporting calendar for local fans. If the sport is able to expand through international races this can only be beneficial in the long term.

SPEEDCAFE: Have you ever been to a V8 Supercars race?

ARBIB: No, but it’s a sport I have followed on TV since I was a child. One of my favourite sporting memories is watching the great races on Mt Panorama and the skills of people like Peter Brock and Dick Johnson.

SPEEDCAFE: Is there scope to expanding government funding/support towards more motorsport events or programs in Australia?

ARBIB: I am proud that the Government’s funding assists motor sport and hope that it continues to support our achievements domestically and internationally.

In 2011-12, the Australian Government will provide the Confederation of Australian Motor Sport with $369,000 in funding. This amount includes $304,200 for high performance, and $64,800 for sport development.

The funding to CAMS, as the responsible national sporting organisation, supports motor sports for a range of purposes such as for competitors to attend international competition, training camps, coach and officials’ development and national coach/official/athlete development programs.

In the majority of cases, the Australian Government does not provide support for the staging of sporting events. Given the local focus of events and the positive impact they have on the host location, it is normally more appropriate for state and local governments to provide support given the potential tourism and economic benefits for these hosts.