Stadium rally event at Calder in 2012 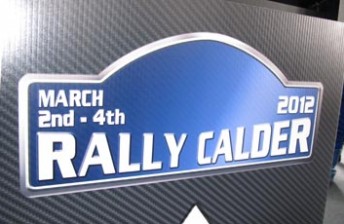 Rally Calder will be run on March 2-4

The Bosch Australian Rally Championship will stage a stadium-style event next March at Calder Park’s motor sport precinct in the north western suburbs of Melbourne.

Rally Calder, to be held on March 2-4, 2012, will be the first time an Australian Rally Championship round has been staged in a single venue arena where spectators will be able to see all the action without having to venture more than a kilometre from the car park.

Australian Rally Championship competitors will face more than 100 kilometres of stages over the three day rally with a mix of gravel, tarmac and several mixed surface stages over a variety of conditions. Calder’s ageing ‘Thunderdome’ facility will also be used as part of the courses. As Round 1 of the 2012 Bosch ARC Rally Calder will see separate categories for the new 2WD outright group, the new SUV Championship, the established four wheel drive turbo cars and of course the crowd pleasing Classic Rally Cars.

The format of this new and exciting event includes a rally-first, a semi-final and final Sunday shootout to determine the winner within each category.

The Rally Calder will also be the start of a new era of Australian rallying with the Group G2 unrestricted two wheel drive cars and the innovative SUV category making their debuts at the event.

Scott Pedder, CEO of the Bosch ARC, says that Rally Calder forms the cornerstone for the future of rallying in Australia.

“The 2012 Rally Calder is the most important event in the 44 year history of the Australian Rally Championship, an event designed to bring rallying to the people and usher in the most successful period of the ARC,” said Pedder.

“Rally Calder will enable people to get up close and personal with the sport of rallying with outstanding facilities, amazing entertainment and plenty of motorsport and non-motorsport action.

“Rallying traditionally has been a sport that thrived on variety throwing ever changing conditions, using different surfaces, with events ranging from short sprints to long distance marathons.

“In recent years the variety has gone out of the sport and it has become very homogenised and tightly formatted.

“However we believe there needs to be a range of rallies in the Bosch ARC from arena rallying such as Calder Park to three-day endurance events with perhaps a tarmac rally, a rally in the snow, or a desert-based event along with the traditional forestry-based rallies.

“As rally gymkhana video star Ken Block has shown there is huge interest in what I would call ‘urban’ rallying using a totally new rally environment combining a range of elements from concrete walls to junkyards, tarmac aprons, through tunnels and around car parks and that is what Rally Calder will provide.”

In an exciting innovation Rally Calder will also see round one of the proposed Australian Side by Side Rally Challenge to be contested by all terrain vehicle manufacturers Polaris and Can-Am.

Rallyschool.com.au will also support a Hot laps program for spectators while there will also be, a Show ‘n Shine, a Kids Zone with various rides and activities and live internet and telemetry superscreens.

Another major proposed part of the event will see Australia’s best road cars in action over the weekend via a number of different motorsport disciplines. The Rally Calder Internet Car Club Forum challenge will pit make against make and mate against mate to determine Australia’s number one car club

Spectators will be kept informed via a narrowcast rally radio station with expert commentators transmitting the latest information across the Calder Park precinct and also across the internet.

“They’re will be something for everyone and I am sure this is going to mark the turning point for Australian Rallying. My vision for Rally Calder is for it to be a annual pilgrimage and destination for the Australian motoring enthusiast.,” said Scott Pedder.

Also announced today at Calder Park was the new-for-2012 technical regulations for the two-wheel drive class and the SUV category, the possibility of a Classic Rally Car category and a new Powersports category, that will see Polaris and BRP race side-by-side at selected ARC meetings.