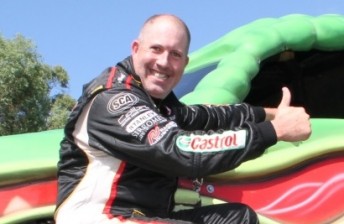 V8 Supercars team owner and endurance driver Paul Morris has received interest in acquiring his motorsport and driver training assets, based at Norwell mid-way between Brisbane and the Gold Coast.

Speedcafe.com contacted Morris after learning that he had been approached and admitted that he was considering a couple of offers.

The assets include the Paul Morris Motorsport race operations and equipment, including Racing Entitlements Contracts (REC) and the Performance Driving Centre, which includes a 2.2km circuit, skid pan and all associated buildings and hardware on approximately 50 acres of land.

The facility is regarded as the best of its type in Australia and provides a one-stop shop for anyone looking to improve their position in the world of motorsport and driver safety or, to enter the business with all the required assets. 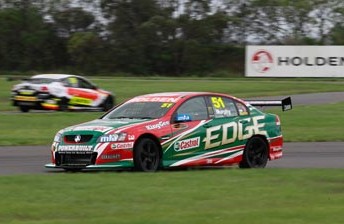 The Norwell, Queensland, facility boasts an impressive range of equipment and infrastructure

“We have had some serious offers on both assets (team and driving centre) and we are seeing where things settle,” Morris told Speedcafe.com.

“Everything is for sale at a price, but there are a lot of things to consider.”

Morris would not elaborate on who the potential buyers were or how a potential buyout would effect his position in the sport as either a REC holder or driver.

Morris owns two RECs and with the current ‘silly season’ involving both team and driver movements, V8’s new Car of the Future less than 18 months away and international expansion one of the focuses of the series’ owners, the potential sale comes at a very interesting time.

“We have certainly built something unique at Norwell over a long period of time and its something we are proud of,” said Morris.

“I don’t have to sell, which is always a nice position to be in, but the level of recent interest has made me sit back an evaluate things a bit.

“While it is a great facility there is also plenty of potential for it to be taken the next level and we might do just that if we don’t sell.”

It is believed there was an option to buy the Norwell facility by the original creators of the massive billion-dollar i-Mett (Integrated Motorsport, Education, Tourism and Technology) project which was first made public for the Norwell region in 2007.

The GFC caused that project to be shelved, but it is far from dead in the water. The rejuvenation of that project would be likely to automatically increase the value of the Morris facility.