Webber made it a Red Bull one-two with second

Mark Webber says it was the frustration of a poor start in the Belgian Grand Prix that inspired his stunning overtake on Fernando Alonso at the daunting Eau Rouge corner.

The Ferrari driver had exited the pitlane at La Source after his first stop ahead of the Australian, but was forced to back off in order to avoid an almighty crash at the near 300km/h complex.

After falling from third on the grid to eighth due to a bad start, and being forced to pit just three laps into the race with blistered front tyres, Webber went on to finish second behind team-mate Sebastian Vettel.

“I think most of the race I was still charged with frustration from the start, so when I came out behind Fernando… (it was) obviously we were very, very close going down into Eau Rouge,” recalled Webber after the race.

“I got a tow, obviously, and then I thought if I can get to the inside then I might have the line but obviously both of us are very experienced, we both don’t give much too easily, so it was a good battle and very, very rewarding that it worked out OK.

“It takes two guys doing a good job to get all that right obviously, so it’s more rewarding when you can do it with someone like Fernando because he’s a world-class driver and he knows when enough is enough.

“Obviously my attitude might have been a bit different with someone else, let’s say, but in the end, it worked out for me today but in Monza, maybe it’s his turn to do it to me.

“I was breathing in at the bottom, I got in and I looked in the mirror at the top and I saw he was still in… well, he had no choice, obviously in the end he had to… one of us had to lift and I had a slightly better line and it was he who had to lift.” 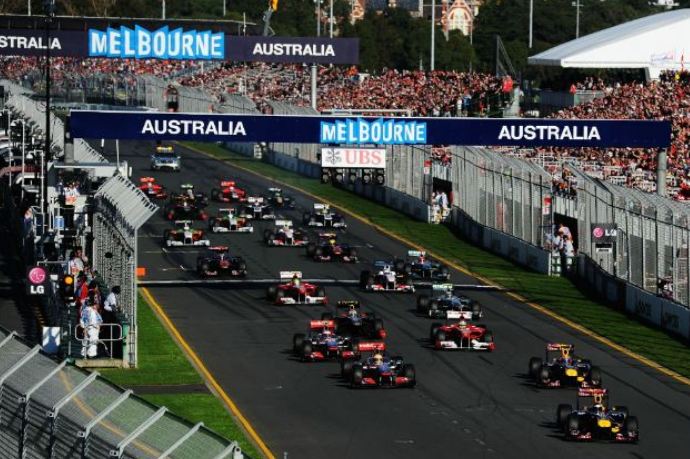