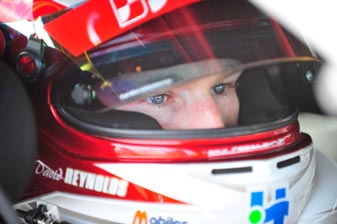 At Queensland Raceway’s recent Coates Hire Ipswich 300, Reynolds told assembled media that he will remain with Kelly Racing next season, denying suggestions that he had discussions with Rod Nash’s The Bottle-O Racing Team.

Subsequent news that Lee Holdsworth is set to join Stone Brothers Racing in 2012 however has sparked immense paddock talk that Reynolds will break his contract with the Kelly squad in order to replace the retiring Paul Dumbrell in Nash’s Ford Performance Racing-prepared Falcon.

Nash told Speedcafe.com that there is no deal signed for any driver to join his Bottle-O Racing entry next year.

“There’s definitely no deal with us,” Nash confirmed to Speedcafe.com.

“I won’t give anyone a contractual offer until there is clearance.

“I understand that he has a deal until next year, and I won’t even considering giving him that option if he is not available. I wouldn’t like another team doing that to me, so I’m not going to do that to another team.

“We still have a driver’s seat available, but we don’t have any urgency. There’s lots of people available (but) I’d like to go to Phillip Island with a decision made.”

With Holdsworth now off the market and locked in at Stone Brothers Racing, potential drivers for RNR (assuming Reynolds is unavailable) include out-of-contract drivers Fabian Coulthard and Alex Davison, plus Bottle-O Racing endurance driver Dean Canto.

Kelly Racing remains adamant that Reynolds has a signed deal to race with them next season.