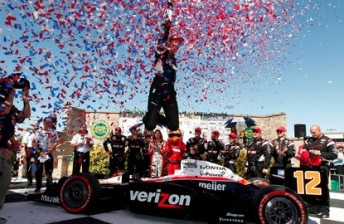 Will Power has led home a Penske 1-2-3 at the Indy Grand Prix of Sonoma and, in doing so, has considerably narrowed Dario Franchitti’s lead in the IZOD IndyCar Series.

After qualifying on pole, Power pulled away early, didn’t have any issues on pit lane, withstood the lone restart challenge and went on to become the first two-time winner in seven years on the road course.

With the bonus points for the pole start and leading the most laps (71 of 75), Power pulled the title gap to 26 points of front-runner Dario Franchitti of Target Chip Ganassi Racing, who finished fourth.

“It was just a perfect race,” said Power, who earned his fifth victory of the season.

“This one is pretty important.”

Power’s Penske team-mates Helio Castroneves and Ryan Briscoe finished second and third. It was the first time since Nazareth in 1994 when Penske took its last podium clean-sweep. (At Nazareth ’94, it was Paul Tracy, Al Unser Jr. and Emerson Fittipaldi).

Scott Dixon, who is third in the standings, finished fifth. Giorgio Pantano, making his debut with Dreyer & Reinbold Racing in place of the injured Justin Wilson (back), advanced five spots to finish sixth ahead of Sebastien Bourdais, James Hinchcliffe, Graham Rahal and E.J. Viso.

There are four races remaining (two ovals, two road/streets), with the Baltimore Grand Prix first up next weekend.

Check out the race highlights


See below for the full race result Next Story Will Power on pole at Baltimore 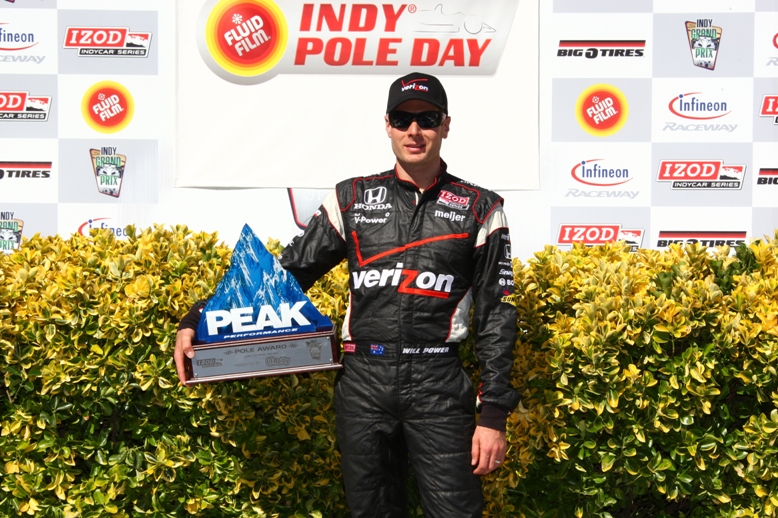