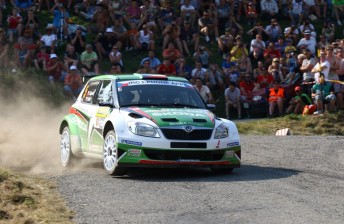 Jan Kopecký has claimed his first victory in the Intercontinental Rally Challenge for more than a year after winning a thrilling Barum Czech Rally Zlín by just a second from Freddy Loix.

The Škoda Motorsport ace, roared on by 300,000 home fans, beat Loix by 1.2s, the closest finish in the history of the IRC. Team-mate Juho Hänninen took third to make it a Škoda podium lockout.

Kopecký started the final stage with a two-second margin over Loix. Despite the BFO- Škoda driver going fastest through the closing test, Kopecký was able to hold on to first place and trim Hänninen’s title lead to three points with four IRC rounds remaining.

Kopecký, whose last win in the IRC was on Rally Islas Canarias El Corte Inglés in May 2010, thought his hopes of victory were over when his car’s powersteering faltered on Sunday’s first stage, which resulted in his overnight lead of 19.7s being slashed to 5.6s. Although he and co-driver Petr Starý were able to fashion makeshift repairs by using a spare pipe to bypass the oil cooler to the powersteering pump, they were unable to prevent the advancing Loix from closing to within one second at the midday service halt in Otrokovice.

In a tense finish, Kopecký held his nerve to win and banish the memories of 2010 when he crashed out of the lead of his home event on the final day. His efforts earned him the prestigious Colin McRae IRC Flat Out Trophy, awarded to the driver whose performance best embodies the spirit of the rallying legend.

Hänninen began the final day equal on time with Loix in second but dropped out of contention when he slid wide on stage 12 and lost a few precious seconds in the mistaken belief that he had a puncture. Anxious to preserve his championship lead, the Finn settled for third rather than pushing for a fourth win of the campaign. Next Story Stadium rally event at Calder in 2012 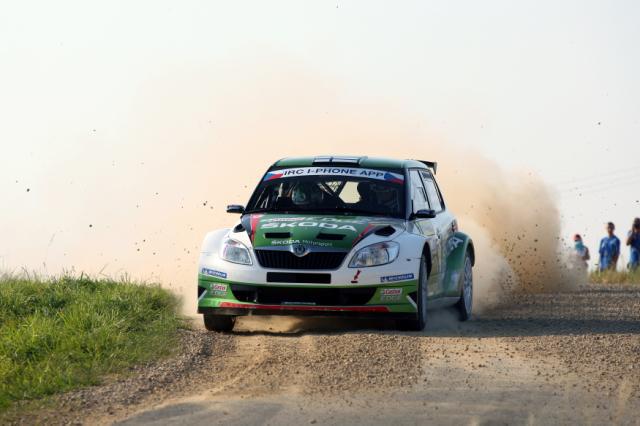