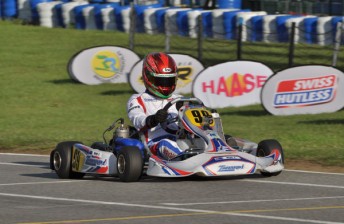 Queenslander Aidan Wright in action during round two of the CIK-FIA Under 18 World Karting Championships in France. Pic: CIK

Queensland kart racer Aidan Wright endured an up and down weekend during Round two of the CIK-FIA Under 18 World Karting Championship in France.

With 74 drivers from across the globe assembling for the event, qualifying well was going to be vital. Unfortunately for Wright, he was unable to find the perfect set-up aboard his Zanardi kart when it mattered most and as a result he could only manage the 42nd fastest time in the competitive field.

After four strong heat race results, Wright started the first pre-final from 22nd position, despite showing good speed to move inside the top 20 mid way through the race, he later dropped a couple of spots to finish 21st.

The reverse grid pre-final race saw Wright line up 13th on the grid, however, he wasn’t able to take advantage of starting closer to the front when two karts collided in front of him on the opening lap. The collision left Wright with nowhere to go and he was forced to watch the race from the sidelines.

Determined to move up the order in the 19-lap final, where he started 31st, Wright steered clear of a lap one incident which saw the field slowed for a three-lap caution period.

After the restart, Wright made some good movement up the order to be running as high as 16th place with six laps remaining and on track to snare a top ten result. Unfortunately, a coming together with another competitor forced him to retire with damage to the radiator and exhaust on his kart.

“I made an alright start, then we had the yellow flags out for three laps where it was important to keep the tyres warm – that was a new experience for me,” said Wright.

“After the restart I was going along pretty well and I managed to get through a pack of karts in front of me but once I got in front of that things turned pretty chaotic.

“I just came around a corner and someone jumped across a kerb and ran right into the side of me which ended my race.

“It’s unfortunate that I was involved in the crash as I feel as though I had a lot of pace by the end of the weekend but it has made me more eager to show the world what I can do during the final round in Italy.”

The third, and final, round of the 2011 CIK-FIA Under 18 World Karting Championship will be held at the Circuito Internazionale de Sarno-Napoli in Italy on November 4-6. 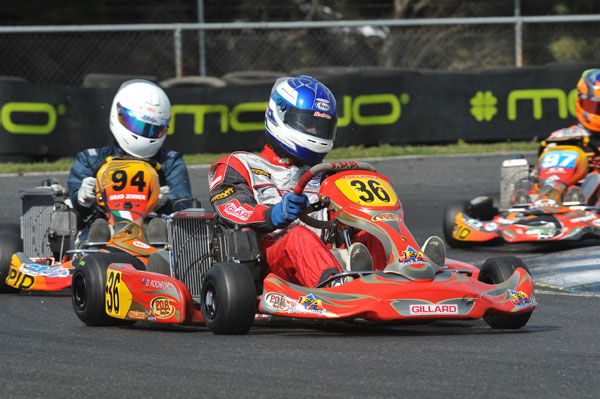