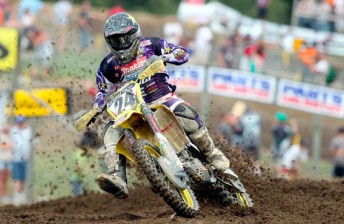 South Australia’s Brett Metcalfe has broken through for his first career win in the AMA Lucas Oil Motocross Championship winning a rain-soaked Rockstar Energy Southwick National from Moto-X 338 in Southwick.

The 10th round of the 2011 series proved a memorable day for Metcalfe who outlasting his rivals in a consistent effort aboard his Rockstar/Makita Suzuki.

However, as the bikes lined up on the gates for Moto 2, Dungey’s Suzuki was still sitting in the pits. Dungey was forced to watch his competitors start without him and he joined the race nearly a full lap behind.

American Honda’s Justin Barcia took the victory from Metcalfe who ended the overall standings for the day at the top. It was a case of putting the demons to bed after Metcalfe lost victory last year while leading.

“This career has been a roller coaster. After everything I’ve been through, to finally get a win after eight years just feels good.

“The first moto was the worst I’ve ever rode at Southwick, but I still got third. We prepared my bike for the mud in the second moto and it rode like butter. It was perfect.

“I knew I had to beat Villopoto for the overall. I saw him ahead of me, dug deep, and passed him.”

Even with Dungey’s misfortune, Villopoto gained just one point on his rival, and enters the penultimate round of the season next weekend with an eight-point lead.

TwoTwo Motorsports/Bel-Ray Racing’s Chad Reed, of Australia, the series’ points leader just a few rounds ago, experienced misfortune in both motos, failing to score points on the day. He now sits 65 points out of the lead.

In the first 450cc moto Reed was sitting fifth mid race when his CRF450 seized, forcing him back to the pits.

A first turn crash in the second race led to more problems with the bike and a premature end to what was TwoTwo Motorsports worst ever run of results.

“That was without a doubt our worst weekend since forming TwoTwo Motorsports,” said Reed.

“I felt like today I was living a really bad dream but there is no point dwelling on it.

“I am healthy and will be back for more next week. We will fight on to finish the year on a high note.” 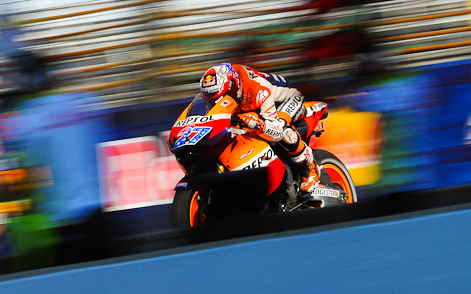 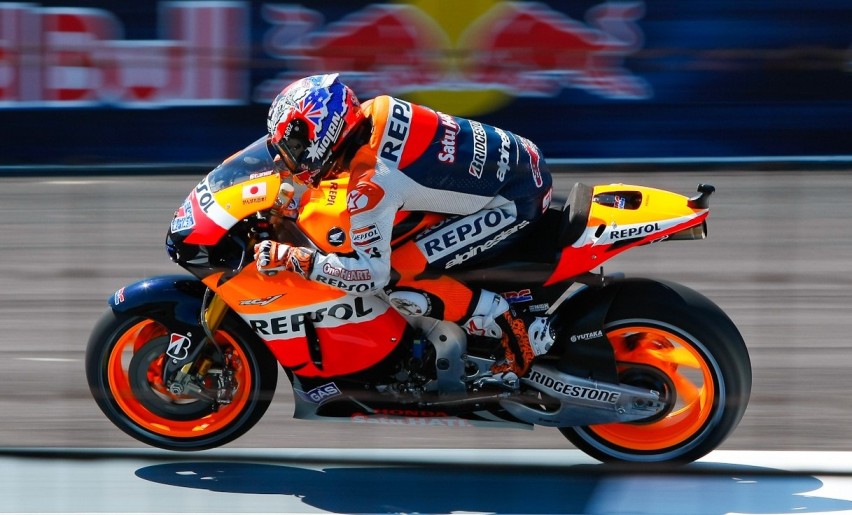