Jan Kopecký out front at the Barum Czech Rally Zlín

Kopecký, the winner in Zlín in 2009, moved into first place on Leg 1’s second stage and gradually stretched his advantage throughout the day.

Andreas Mikkelsen was in the mix early, but a puncture dropped him to sixth position, more than two minutes off first place.

After winning Thursday night’s superspecial through the streets of Zlín, Hänninen was out of sorts in the morning but by stiffening up the rear suspension of his Fabia at midday service his fortunes appeared to improve, although a troubled eighth stage when he ran wide and stalled before picking up a front-left puncture nearing the end of the run, dropped the Finn into the clutches of Loix.

The Belgian, at the wheel of his BFO-Škoda Rally Team entry, also struggled in the morning by running soft compound tyres and softer settings on his Fabia, which weren’t suited to the hot conditions. Switching to hard compound tyres for the afternoon provided more precision and contributed to his pace being transformed to the extent he was fastest on three of the afternoon’s four stages after he admitted to going on “maximum attack.”

Bryan Bouffier is the leading Peugeot 207 driver in fourth overall following an impressive showing that included the fastest time on stage five. Backed by Peugeot France, Bouffier is 23.4s behind the leading Škoda trio but still confident he can challenge for a podium finish.

Thierry Neuville (Team Peugeot Belgium-Luxembourg) in fifth despite leaving the road in sixth gear on stage seven and destroying a line of small trees.

Guy Wilks is back in 12th after being in the fight for a podium, The Peugeot UK ace suffered a rear puncture on stage eight which forced him to stop on the stage to change. 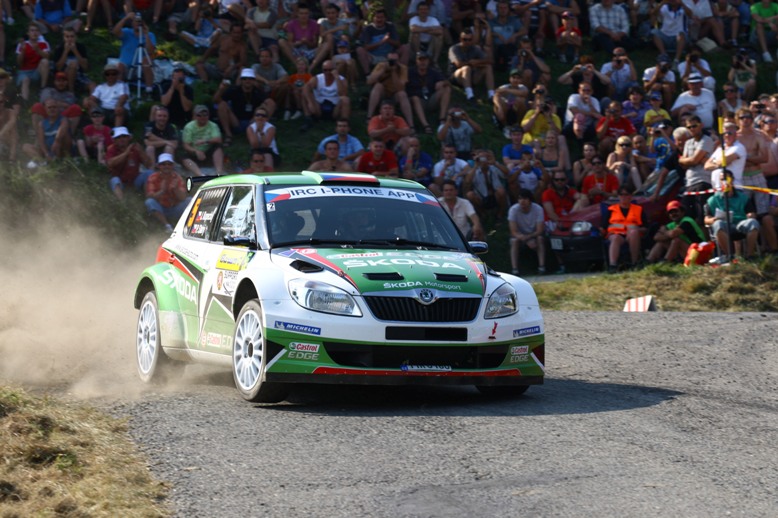 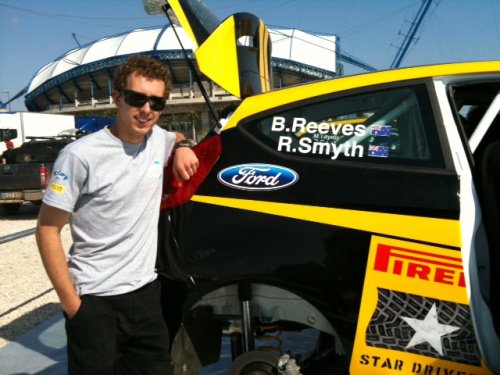