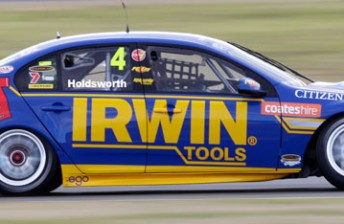 Another piece of the 2012 V8 Supercars driver jigsaw has been put in place, but will not be officially announced until after the Supercheap Auto 1000 at Bathurst.

Lee Holdsworth is set to drive with Stone Brothers Racing in 2012, replacing Alex Davison in the #4 IRWIN Tools Ford Falcon.

After six years driving for Garry Rogers Motorsport, next year will be the first time that Holdsworth has raced a Ford.

While all parties are remaining tight-lipped, the move makes Davison one of the most valuable players in the driver market with possible seats available at Ford Performance Racing’s Bottle-O Racing entry, Paul Morris Motorsport, Brad Jones Racing and Garry Rogers Motorsport.

A drive at SBR will see Holdsworth move from Melbourne, back to his home state of Queensland at the end of the year. “It is no secret that there has been discussion going on about my career for several weeks now and plenty of speculation,” Holdsworth told Speedcafe.com.

“I believe I have a clear direction for the future, but I will not be in a position to say anything until after Bathurst.

“I am looking forward to the endurance events with Greg Ritter in the GRM Fujitsu Commodore and want to give the team the best shot possible at winning both Phillip Island and Bathurst.

“People can speculate all they want, and they will, but I will not be making any comment until Bathurst is done.”

“I have no comment on our driver situation for 2012 and beyond,” Stone told Speedcafe.com.

“All three are doing a solid job and we are focusing our energy towards giving all our three cars a chance of winning the endurance events.

“Our 2012 sponsor, driver and team line-ups will be confirmed in due course.”

The next round of the V8 Supercars Championship will be held at Phillip Island for the L&H 500 on September 16-18, followed by the Supercheap Auto Bathurst 1000 on October 6-9. 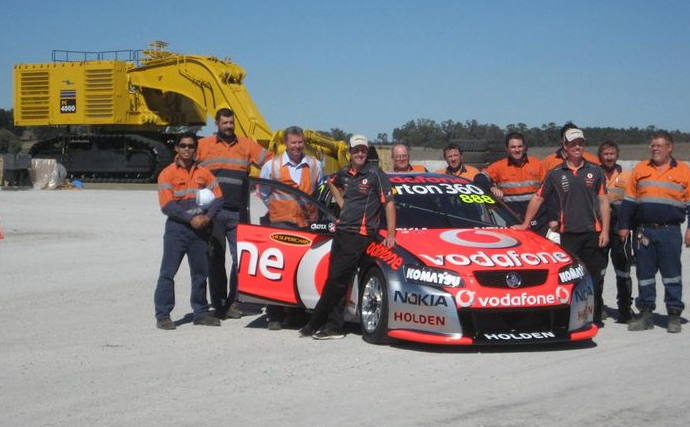 Next Story Lowndes and Whincup lend a hand in Gunnedah