Ward steps down as category manager 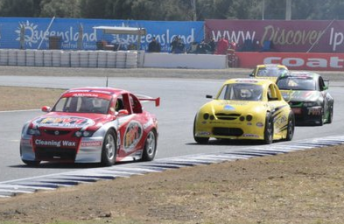 Phil Ward has stepped down as category manager and as a competitor in the FW1 Aussie Racing Cars class.

Following an incident at Queensland Raceway last weekend where he halted the start of the race due to an oil slick on the track, Ward has decided that it is in the best interest of his class to take a back seat.

He was fined $2000 by the stewards for causing the delay at the start.

CAMS and Aussie Racing Cars category management are in the process of conducting independent inquiries.

The existing Category management team of Brad and James Ward have confirmed the FW1 Aussie Racing Cars Super Series will continue as scheduled under their rein.

A statement on the Aussie Racing Cars website said that Ward had stepped down from his official duties at the organisation, but received no pressure to do so.

“It is our understanding that Phil Ward’s actions as a competitor were designed to alert the other competitors and officials that there was oil on the circuit of which they may not have been aware,” the statement said.

“Whilst this may have been considered to be meritorious, Aussie Racing Cars management have deemed his course of action not to have been in the best interests of the various stakeholders.

“This decision has been made by Aussie Racing Cars management who would like to reiterate that no pressure has been applied by any other motor racing body or organisation.”

CLICK HERE for Speedcafe.com’s initial report of the incident at Queensland Raceway.

The next round of the FW1 Aussie Racing Cars Super Series will support the V8 Supercars event at Phillip Island in September. 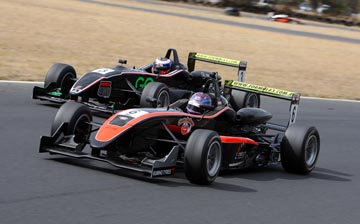