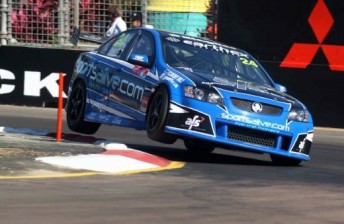 Tony Bates driving in the Fujitsu Series in Townsville

Fujitsu V8 Supercars Series driver Tony Bates has emerged as a strong contender for one of four new cars set to enter the IFX Carrera Cup Australia Championship in 2012.

The Melbourne-based driver had been close to entering the reborn class this season prior to a last-minute Fujitsu Series deal with Greg Murphy Racing.

Bates was set to test with McElrea Racing – which currently runs Jonny Reid and Michael Patrizi in the Carrera Cup – this week, but will now do so later in the year due to the impending birth of his third child.

“At the moment I’m probably a bit cross-eyed – I’ve got one eye on the Carrera Cup and one on the Development Series,” Bates told Speedcafe.com.

“But I’ve got a bit of a leaning towards the Porsche Carrera Cup for next year for sure.

“A lot of what I decide revolves around what’s going to happen with the Development Series. 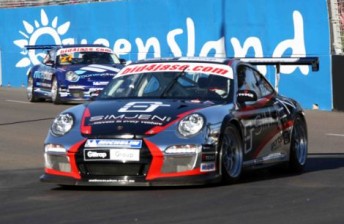 “It looks like it’s got its act together and the numbers are back up there again, but the attractive thing with the Porsche Carrera Cup is that it’s professionally run, the cars look great, they seem to go just as quick as the Development Series cars and I feel I’d be a regular top 10 runner in the Porsches.”

While not intending to make a decision on his future plans until after the 2011 season has been completed, Bates says he won’t be mixing his time between multiple categories as he has done in recent times.

“I don’t think I’ll do Commodore Cup again, with family and business commitments it’s going to be too hard to do more than one category,” said Bates.

“I’ll sit down with GMR at the end of the year and have a talk to them about their Development Series plans, and I’ll do the same with the Porsche Carrera Cup team that I’m talking to.

“From there I’ll weigh up which way to go.”

Next Story Ingall guarantees his place on 2012 grid 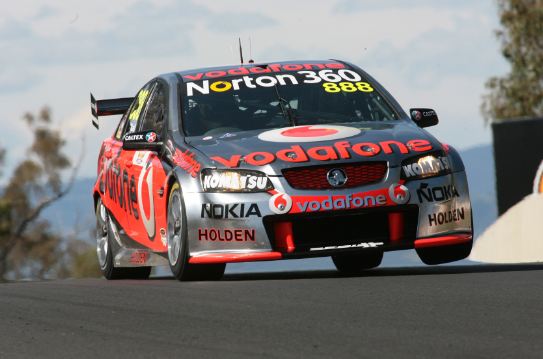