Ingall guarantees his place on 2012 grid 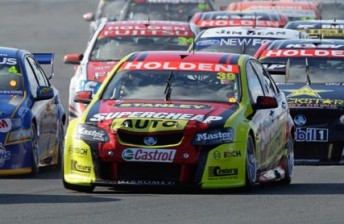 Russell Ingall has laid a guarantee that he will be on the 2012 V8 Supercars grid.

V8’s eldest statesman Ingall says that despite no deal being in place, he will race next year with the backing of long-time sponsor Supercheap Auto.

The current Paul Morris Motorsport driver/sponsor combination has been linked to the potentially vacant seats at Walkinshaw Racing and Brad Jones Racing.

A Walkinshaw Racing representative told Speedcafe.com that those rumours were premature and its first preference is to re-sign the Coulthard/Bundaberg combination.

Ingall would not go into detail about his future, but confirmed he will be a full-time race driver in 2012.

“All I can say is that I’ll be driving next year, with Supercheap Auto,” he told Speedcafe.com.

“No deal is done yet, that’s for sure. Who knows, I might even be staying here.”

Ingall, who was docked 25 points by the stewards for his late race collision with James Courtney at Queensland Raceway yesterday, currently sits 20th in the 2011 V8 Supercars Championship.

WR boss Ryan Walkinshaw said that Coulthard’s future is on the organisation’s agenda.

“At the moment negotiations are taking place and I’m pretty happy with how they are going,” he said.

“As soon as everything is finalised and we know either way, you guys will be the first to know about it.”

If Coulthard is retained by the factory Holden squad, Brad Jones Racing could also be a destination for Ingall and Supercheap Auto to partner contracted driver Jason Bright in the Team BOC Commodore.

“With the new structure in the V8 business, it is more important that ever to have a solid commercial foundation,” he told Speedcafe.com.

“There is no room for shortfalls anymore, so we are looking at all of our options to ensure that we have the best commercial packages for all three of our cars.”

In other 2012 V8 driver changes news, Lee Holdsworth’s future has been whittled down to two options. With GRM out of the running to retain the 28-year-old, Speedcafe.com understands that the battle for his services is currently being fought out by Rod Nash Racing and Stone Brothers Racing. Next Story V8 Supercars in no rush to finalise COTF specs 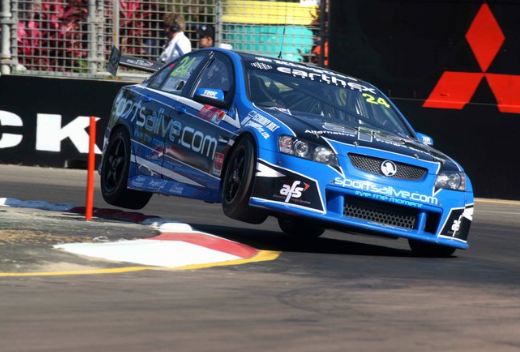