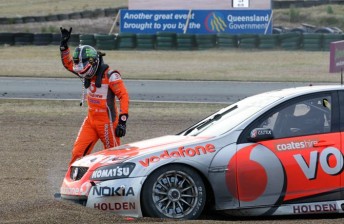 Having been set to start from second on the grid, Whincup pitted on the warm-up lap for his team to clear a cover from within the engine bay of his Commodore.

CLICK HERE for the race report, results and points standings

“We made one of the oldest mistakes in motor racing and left the covers on the trumpets when the airbox cover was put on,” explained Dane.

“We’re not the first people to do it, but at the end of the day it was a very silly mistake and we probably should have a better system in place to prevent that.

“That needs a bit of thought to make sure that we’re more rigorous in the future.

“These things happen, but you’ve got to minimise the times they do happen.”

Having recovered from the issue and a subsequent drive-through penalty for speeding in pitlane, Whincup clashed with Rick Kelly while battling for 10th position on the final lap. Kelly spun exiting Turn 5 while Whincup went on to take the place.

Dane praised Whincup’s charge back through the field despite the incident.

“I think he drove an outstanding race up until a couple of corners to go when he probably should have left a bit more room, and he’d be the first to admit that,” said Dane.

“But until then he was on the back foot through no making of his own, and there were three guys this weekend who were head and shoulders above everyone else in terms of pace – Craig (Lowndes), Jamie and also Tim (Slade), who did an outstanding job of staying with us all weekend.

“The three of them were exceptional and it’s a shame that Jamie wasn’t in that scrap.”

Dane also commented on Whincup’s drive-through penalty, putting the error down to frustration.

“It’s probably just frustration from being in that position. You’ve got to put yourself in the car in those situations and try and think what it’s like,” he said.

“To be too critical of that in the circumstances is silly. You’ve got to go back to the root cause of the problem and put that right, don’t look at what happened afterwards.

“The problem was a team issue, not a Jamie issue.”

The damage that Whincup endured in the incident with Kelly saw the #88 Commodore understeer into the Turn 1 gravel trap after greeting the chequered flag. 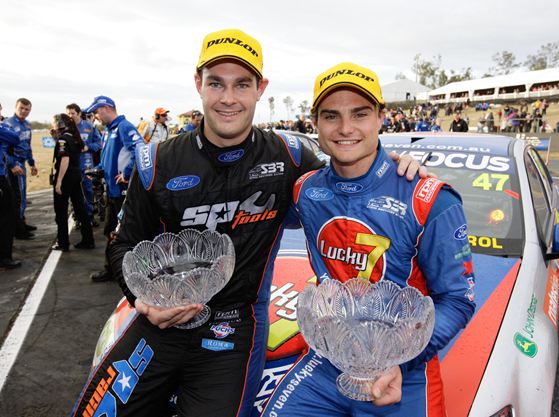