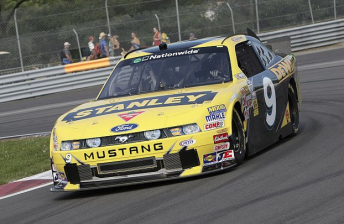 Marcos Ambrose has won his first NASCAR race at Montreal

Marcos Ambrose has won the NASCAR Nationwide race at Montreal in Canada, giving the Tasmanian his second victory in six days.

The race in Montreal has been a thorn in the side of Ambrose, who has had victory taken from him within sight of the finish line.

Ambrose beat a range of road course specialists, including the likes of Jacques Villeneuve, Alex Tagliani and Patrick Carpentier.

The Aussie had to start off the rear, as he was in Michigan for the Sprint Cup race when qualifying was run. He handed the keys to his #9 Ford Mustang to fellow Tasmanian Owen Kelly who set the ninth fastest time.

Under NASCAR rules if you don’t qualify the car, you have to start off the back. Ambrose made his way through the field and his chances looked over when Villeneuve crashed into him on one of the re-starts.

Ambrose recovered and went to victory lane – a place that is becoming familiar.

See below for video of Ambrose’s second NASCAR win in-a-row. 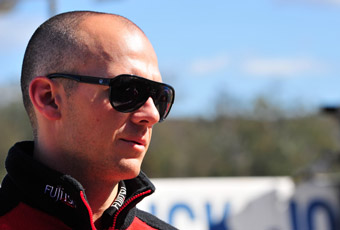 Previous Story Holdsworth: Being a wanted man is stressful