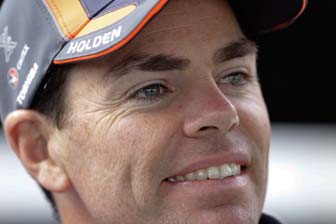 Craig Lowndes continues to prove unstoppable at Queensland Raceway in 2011, adding the Race 17 victory to his earlier triumph from pole position in Race 16.

While the afternoon’s second encounter was a repeat of the first for Lowndes, Jamie Whincup made it a TeamVodafone one-two by passing Tim Slade on the opening lap.

A leaking differential for Whincup was the only major concern for TeamVodafone, with the #88 Commodore emitting smoke in the closing stages.

In a processional race at the front of the field, Rick Kelly and Steve Owen kept their starting positions to take fourth and fifth.

Garth Tander quickly made his way from the back of the grid to sit 14th after 10 laps, but eventually finished 23rd after being spun by Jason Bargwanna on the penultimate lap.

The Safety Car made an appearance early in the race after a contact between Karl Reindler and Alex Davison initiated a chain reaction.

While Reindler spun into the infield, Davison slowed in front of the pack, resulting in a heavy nose-to-tail collision between Davison, Todd Kelly and James Courtney that took the two Holden drivers out of the race.

Paul Dumbrell and David Reynolds finished at the tail of the field after both coming off second best in a first corner incident that began when Dumbrell made contact with the back of the IRWIN Tools Falcon. 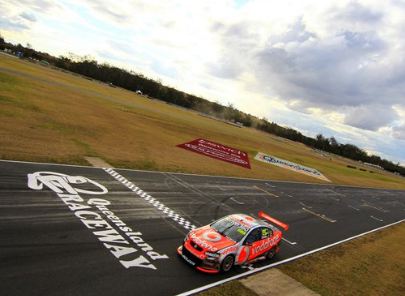 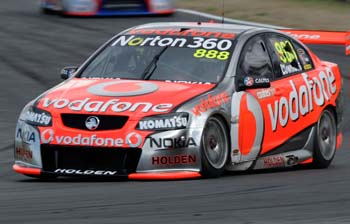