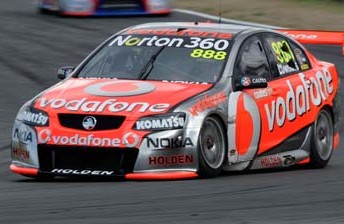 Craig Lowndes has won Race 16 of the V8 Supercars Championship

Craig Lowndes has scored his first win of the 2011 V8 Supercars Championship at Queensland Raceway.

The TeamVodafone driver led every lap of the race from pole position, crossing the line just under a second clear of Tim Slade after 22 laps.

Jamie Whincup dropped from his fourth place on the grid to run sixth into the first corner, but soon picked off the cars of Karl Reindler (Lap 1), Rick Kelly (Lap 4) and Lee Holdsworth (Lap 7).

Once released from the pack, the championship leader could not make any inroads on the two leaders.

Kelly went on to claim fourth from Steve Owen and Greg Murphy, while Holdsworth held off a charging Steven Johnson for seventh.

Johnson made significant gains from his 13th grid position, with team-mate James Moffat also benefiting from strong tyre life to finish 10th – 12 places ahead of his qualifying performance.

Garth Tander made progress from 20th throughout the race, but lost a potential top 10 finish thanks to a flat tyre on the penultimate lap following contact with Paul Dumbrell.

While Tander limped home 28th, Jason Bright was little better off – finishing 21st after an early off at Turn 6.

Following the race, the teams entered a 15 minute service window prior to the start of Race 17. 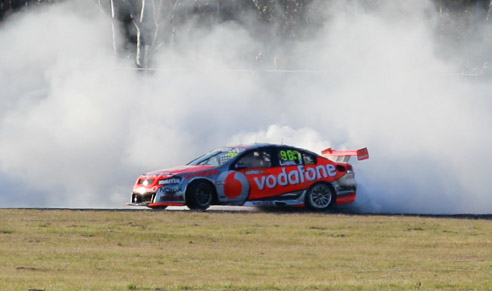 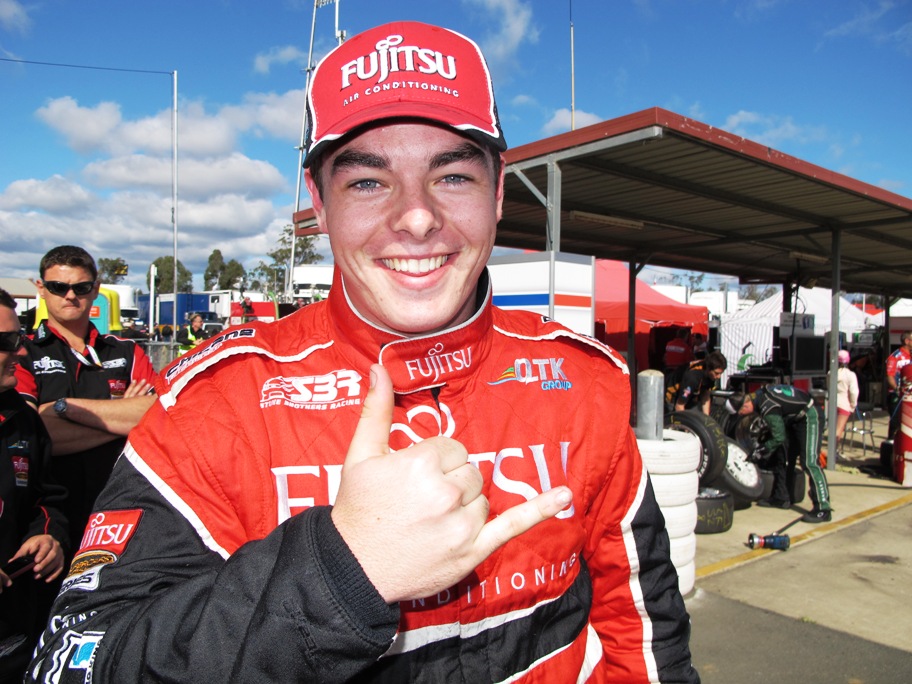