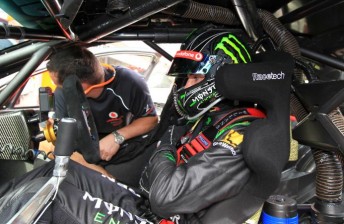 Andrew Thompson has continued his domination of the 2011 Fujitsu V8 Supercars Series, taking pole position for Round 4 at Queensland Raceway.

The Monster Energy backed driver went immediately to the top of the time sheets in the 30 minute session, setting a 1:10.71s lap on his first run.

Thompson then returned to the track at the session’s midway point, only for the red flags to appear thanks to an off from Aaron McGill at Turn 2.

Just two more flying laps were enough to seal the top spot for Thompson, with the Triple Eight Commodore clocking 1:10.53s and 1:10.38s times on consecutive laps before spending the final minutes in the garage.

Scott McLaughlin and Nick Percat will line-up second and third after both besting Paul Morris’s best effort on their final runs.

McLaughlin ended the session 0.52s down on Thompson, spinning in pursuit of the points leader on his last lap.

Andrew Jones will start 11th after aborting his final run due to traffic, while television personality Grant Denyer struggled to 23rd on his return to the series with Kelly Racing. 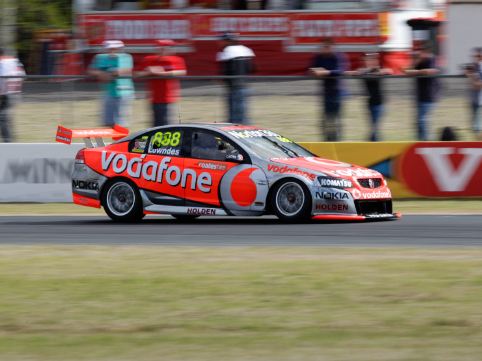 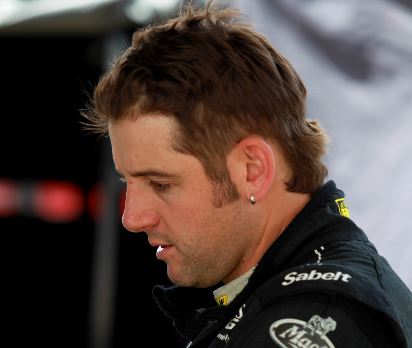