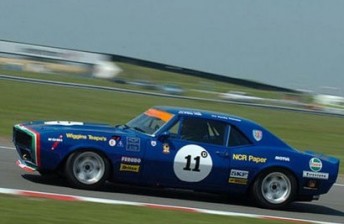 Look for Roland Dane to head to a race track near you … as a driver.

The straight-talking boss of Triple Eight Race Engineering has purchased a 1967 Chevrolet Camaro to compete in local historic racing.

Dane, whose racing driving experience is limited to his early years, bought the Andy Rouse-built two-door Camaro while on a recent holiday in the United Kingdom.

“I bought myself an old racing car which should be over here in a few weeks,” Dane said.

“It should be here in a few weeks, I hope.

“I might have a play with it. I’ll wait and see. I bought it at an historic auction at Silverstone at a big Historic meet a few weeks ago.”

Dane says that for the car to comply to racing regulations, it may need a few tweaks …

“It was built by Andy Rouse, so no doubt it’s illegal!” Dane joked.

“My guys went to collect the spare parts that went with the car, and the old owner, Pete Hall, who raced it for many years, told my guys that they needed to point out to me that the engine block is actually aluminium, not steel, and it has got a bit of graphite paint on it. That was so the scrutineers didn’t put a magnet on it!

“That probably explains why the car was as quick as it was!

“I’m looking forward to having a play with that, frankly.”

The car is considered one of the most famous historic Camaro ever built. Built by touring car legend Rouse and ex-BTCC winner Pete Hall, the car can claim to taking many race wins. 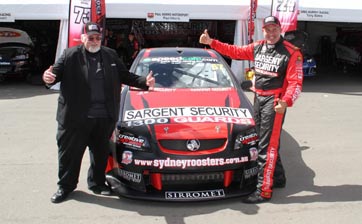 Next Story New Morris sponsor looks to up involvement