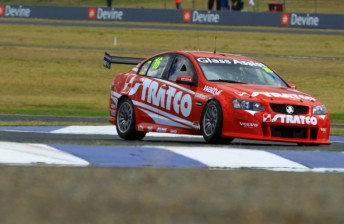 David Reynolds in the Stratco Commodore

David Reynolds has confirmed his driving future, stating he will be at Kelly Racing in 2012.

Pit lane rumours at Queensland Raceway today were linking the Stratco-sponsored driver to the seat at Ford Performance Racing in The Bottle-O Racing Falcon, but Reynolds confirmed that he will honour his two-year deal with the emerging Victorian squad.

While his future is certain, Reynolds says that the Stratco sponsorship is currently being negotiated by Kelly Racing mangement.

“Whether it’s Stratco (sponsoring the car), that’s up to the boys at Kelly Racing to get it across the line, but I think we’re almost there,” he said.

“My relationship with James Small – he’s brilliant to work with,” Reynolds said.

“He tunes the car how I want to drive it, not to how they want me to drive it. He listens to me, and we go off in our own direction and do our own thing.

“If I talk to Todd (Kelly) and tell him what I’m running, he just shakes his head and laughs at me! It’s quick , and I can get a lap time out of it, but in saying that, I really can’t get the tyres to last long. It’s good on one lap!”

The former Australian Formula Ford and Carrera Cup title winner says that the next career box he wants to tick is to be a V8 champ.

“My goal is to be champion,” he said.

“I have to get a good team around me and work really well with my engineer and try and do the best job I can everytime I’m at the track.

Can he win a V8 championship with Kelly Racing, though?

“Perhaps in time,” he said.

“We’re working away hard. We’ve got a young engineering group. they’ve come up with some funky ideas. We’re building new bits and it’s only getting better.”

The V8 Supercars return to the track tomorrow for qualifying at midday.

Next Story Roland Dane set to go racing himself 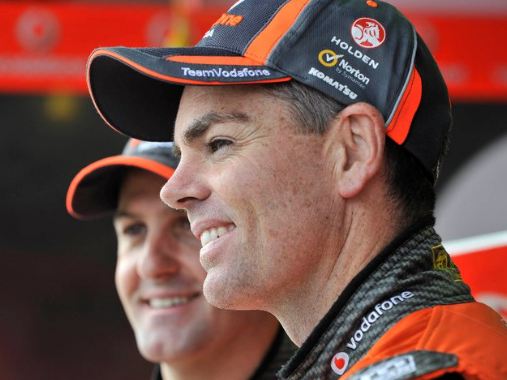