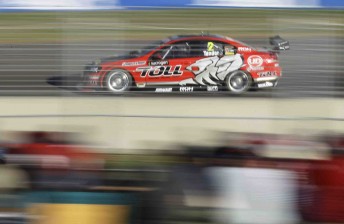 Steve Hallam has been announced as the managing director of Walkinshaw Racing, overseeing both the Toll Holden Racing Team and the Bundaberg Racing Team.

Hallam is currently Executive Vice President of Competition for Michael Waltrip Racing in NASCAR, and prior to that was Head of Race Operations for McLaren Racing.

Hallam will start his role at Walkinshaw Racing at the beginning of 2012 once he completes his current commitments with Michael Waltrip Racing.

The Brit replaces Craig Wilson, who left his role as CEO in May this year.

“Steve’s wealth of experience with truly exceptional racing outfits is exactly what we were looking for when we began our search. We really couldn’t be happier that Steve has agreed to lead the team,” Walkinshaw said. 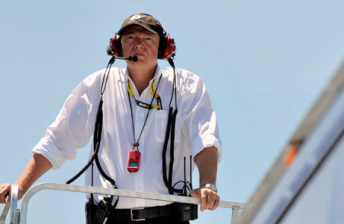 Steve Hallam will be Walkinshaw Racing's CEO from 2012

“Someone with Steve’s pedigree in engineering and race operations, as well as has general management capabilities makes him a great leader for our organisation. Everyone in the team is looking forward to working with him.”

Hallam says that he is excited to accept a role within V8 Supercars at Walkinshaw Racing.

“Having been fortunate to have worked with some of the great brands in motorsport, it is with real excitement I have accepted the role of Managing Director for Walkinshaw Racing,” Hallam said.

“The Toll Holden Racing team has exceptional history and we have terrific talent throughout the organisation. When this opportunity was presented, it was one that I couldn’t let pass. I look forward to getting on the ground in Australia, and start contributing to the future success of the team.” “Like many in motorsport I have always considered the V8 Supercar series as one of the ‘classic’ racing series, which marries great competition with some iconic race settings like Philip Island, and Mount Panorama”, added Hallam.

Hallam studied Automotive Engineering at Loughborough University of Technology, and began his career as an engineer at Aston Martin Lagonda. His passion for racing saw him continue his development as race engineer in Formula 1 for Team Lotus, and subsequently for McLaren Racing.

Hallam can list among his credits as a Race Engineer a virtual who’s who of the Formula 1 driving talent including Ayrton Senna, Nelson Piquet, Nigel Mansell, and Mika Hakkinen.

His career progressed through to Head of Race Engineering and then Head of Race Operations for McLaren before he decided to test his talents in the world of NASCAR where he took up the role of Executive Vice President for Competition at Michael Waltrip Racing.

Ivan Krizman will continue in his role as Acting Managing Director of Walkinshaw Racing until Steve Hallam commences. 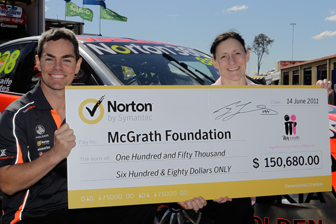 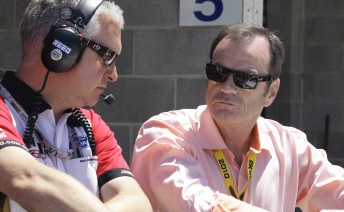