Young Australian drivers Brendan Reeves and Molly Taylor will get their first taste of World Rally Championship tarmac when they take part in the ADAC Rallye Deutschland this weekend.

Both are part of the WRC Academy junior development series and will tackle two of the three days of the event which is based in the historic city of Trier in Germany’s wine-producing Mosel region.

Reeves is currently sitting equal-second in the WRC Academy after events in Portugal, Sardinia and two weeks ago in Finland.

To warm-up for the German event, Reeves and co-driving sister Rhianon Smyth drove a Ford Fiesta R2 in the tarmac Les Boucles Chevrotines on the Belgium/French border, finishing first in class and fourth overall in a rally that attracted 130 entries.

Earlier in the year Reeves also a class win at Targa Tasmania at the wheel of a Mazda3 MPS.

“I am anxious to try out the German Tarmac roads,” said Reeves

“There are many changing surfaces and a great mix of stages.

“The rally in Belgium was just a taste of what’s ahead of us in Germany.

“We have been given two tyre choices for this rally, a wet and dry Pirelli, so this will come into play throughout the course of the rally”.

Taylor and British co-driver Seb Marshall have had two weekends in the wheel of Fiesta R2 on tarmac; first as a course car at the Rally Obehere in Germany and also a tarmac test session in the region where Rally Deutschland will be held.

“There’s a bit of a mixture of anticipation and excitement heading into Germany,” said Taylor.

“It’s the first tarmac event for the Academy so I think the dynamics of the Championship will change for sure and it will be interesting to see what happens.

“For me, the aim is to focus on my job and drive my own rally. Coming from Australia, most of my rallying has been done on gravel, so I am still learning tarmac but we have done some really good testing and I feel a lot more confident on the surface.

“Now the challenge is transferring the pace I achieved on the test onto the rally stages. I want to use every stage in Germany to get one more step forward. It will be good experience for me and to be developing in such a strong field will be a great opportunity.”

Experienced campaigners suggest this is an event which demands an extremely high level of concentration, particularly in the Baumholder military training area, where giant concrete boulders, known as ‘hinkelsteins’, line the route.

There are very fast sections and tightly, twisty sections, with both narrow and wide asphalt roads of differing surface types, and gravel, mud and dust also part of the mix. For success, a driver has to be capable on every surface.

One of the highlights of the event is the ‘Circus Maximus’ super-special demonstration stage, which runs through the centre of Germany’s oldest city.

The event kicks off with a ceremonial start at Trier’s Porta Nigra, a UNESCO World Heritage Site, at 8pm local time on Thursday, August 18 (4am, Friday, Sydney time).

The WRC Academy is a one-make, development series aimed at bringing the best young rally talent in the world to elite levels. They are tackling six rounds of the WRC, with Germany being round four.

All 18 of the Academy competitors drive identical Ford Fiesta R2s prepared by Ford’s WRC specialists, M-Sport, with tyres provided by Pirelli. Reeves and Taylor are amongst six drivers on fully funded scholarships for the year, covering all her WRC expenses. Next Story Citroen in control in Germany 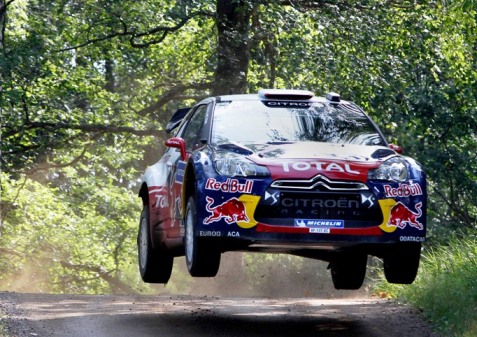