Rod Nash has been a tough man to get on the phone over the past two weeks – and for good reason.

The V8 Supercars team owner recently had his driver Paul Dumbrell announce his retirement, opening up a spot in the #55 The Bottle-O Racing Falcon FG.

Since Dumbrell’s announcement, Nash’s phone has been running hot.

Speedcafe.com’s Grant Rowley called Nash, threw his name into the hat of potential drivers (swiftly rejected!) and asked him who will drive his car and when the decision will be made …

SPEEDCAFE: So, Mr Popularity, do you have your driver to replace Paul Dumbrell for next year?

ROD NASH: We have now commenced talking to people. There’s is absolutely no final decision yet. There’s been a few discussions in the last week with different parties and I need to chat with Tim (Edwards, FPR team principal) to discuss who’ll make the final short list. 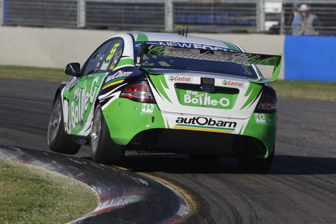 SPEEDCAFE: Do you have a timeline? When would you like to have your driver signed?

NASH: Sooner rather than later. Obviously, you have the media who are interested in the story line, and you want to have something in concrete to talk to your key sponsors about.

Our relationship with The Bottle-O is very strong, but signing a new driver is certainly something that I need to discuss with them before anything gets locked in.

It is always better to have a short set of negotiations, get it signed and get it out there. At the same time, we’re only a week into it, and we’ve got to be realistic about it. I’ll probably go for another two weeks, given that we have Queensland Raceway, but certainly I’d expect it to be done in a short period.

And look, there’s two parties involved, so there are issues that need to be met from both sides.

SPEEDCAFE: In terms of choosing a driver at this stage, you’re not short of potentials …

It’s funny. It’s been good having Tim, because he has an integral interest from the operational side, and he wants a driver who will be able to take it up with the other two (Mark Winterbottom and Will Davison). The three cars are rolled out the door equally, and there’s no favourites. We both want the best driver we can get.

But with the drivers, none of them are shabby, so we’re considering everyone.

NASH: Yes, I saw that. We’ve had discussions with Dean, and he made it clear that he is keen to get a full-time drive. We’ll consider him, of course, being our endurance driver.

SPEEDCAFE: How will your commercial deals work from next year onwards? With Paul Dumbrell leaving, does that affect the Autobarn support?

SPEEDCAFE: Will the driver need to contribute financially to the seat?

NASH: It just depends on the status of the driver, but to answer your question, we’re sourcing a driver who will be applicable to the car and to the level of the FPR operation, like we did with Paul.

If we were to restrict ourselves by just saying “you need to bring dollars to the seat,” we’d end up attracting the wrong person.

We are looking for a driver who can win races and potentially win a championship.

Most drivers bring their own sponsors to almost any team anyway, and they can vary in size from small personal sponsorships to something larger. Each driver is different, but it’s certainly not a prerequist of ours for money to be brought to the drive.

See below for this V8 event’s edition of Speedcafe.com’s Race Guide. 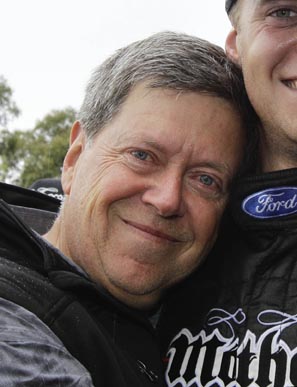