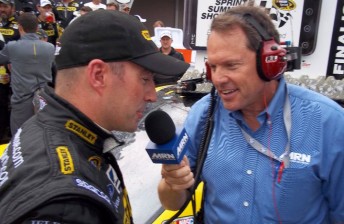 Here is the full transcript of Marcos Ambrose Victory Lane interview with MRN Radio’s Winston Kelley from the Heluva Good! Sour Cream Dips at the Glen.

MARCOS AMBROSE: “It’s a dream come true. For me to drive for Richard Petty in the first place is an unbelievable opportunity and to get into Victory Lane is just incredible. Mrs. Petty is not doing so well at home. She’s having a tough time of it right now. This win is for her and the whole family. To Stanley, DeWalt, thank you so much for giving me the chance. They plucked me out of obscurity almost. I was just trying hard to win races and to get to Victory Lane with my Stanley boys behind me, what a dream come true.”

Winston Kelley: What about the final restart. What happened?

MA: “I was trying to pass the 18 before the caution came out and really used my stuff up, so I was happy when the caution came out. I didn’t want to start on the outside, so I actually gave up the start trying to get to the inside, but when I realized that wasn’t gonna work, I just turned up into turn one and tried to make something happen. I spoke to Brad Keselowski last night. We had a chat for about a half-hour just shooting the breeze and talking about how hard it is to get to Victory Lane and there I was racing him for the win. I’m pleased we did it clean, but I was gonna get to Victory Lane. I wasn’t gonna let that 2 beat me to the chequered flag.”

MRN: Where did you have those guys beat?

MA: “We just had a really good combination of balance. We didn’t have any exceptional spots on the race track; we just had even balance across the whole circuit. I was able to look after the rear tires, but it’s tough out there, it really is. It’s a real fight to the death and I’m just so proud to be here in Victory Lane with my Stanley team. I’ve sacrificed so much to be here. My little daughter started school today, so I didn’t get to take her to school. I might be able to pick her up with a big check.” 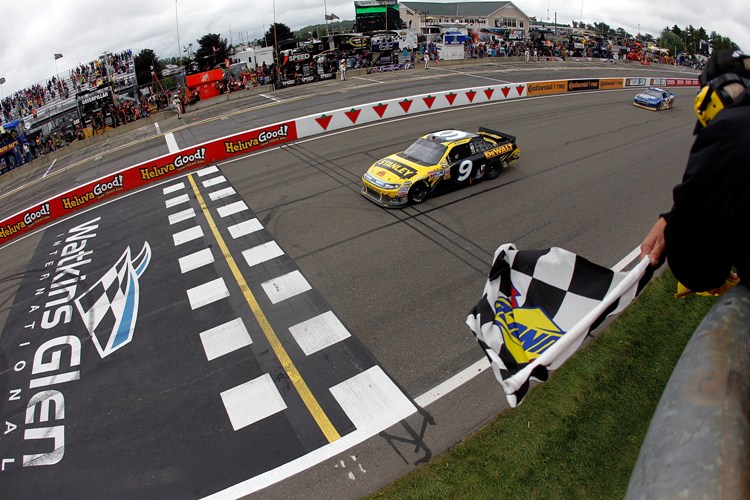