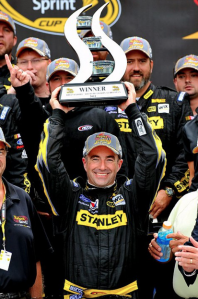 Marcos Ambrose celebrates his maiden NASCAR win with his team-mates

Marcos Ambrose is keen to keep that ‘winning feeling’ and take another NASCAR Sprint Cup victory.

After taking his first win in the premier class this morning (Australian time) at Watkins Glen, Ambrose says that he wants to get to Victory Lane again, and is confident that the Richard Petty Motorsport team will take a huge amount of confidence from the win.

“I just want to get to Victory Lane again. It just feels great right now,” he said.

“It’s just a dream come true.  The fans out there who have supported Richard Petty and this whole team through the turmoil last year, I can’t thank them enough.

“We’re gonna go onward and upward from here. It’s a proud day. No one realises how much everybody puts in to try to get to Victory Lane and when it actually happens it’s almost a surreal moment.”

The win has given Ambrose a slim chance of making NASCAR’s Chase. While he sits in 22nd position in the standings, he may be eligible for two ‘Wildcard’ spots, if he can get inside the top 20 and rack up more top 10s, top fives or even a win in next four races before the Chase cut-off.

The victory has also qualified Ambrose for the million dollar bonus in the Sprint Summer Showdown in Atlanta, as well as a starter in the 2012 Sprint All-Star Race in Charlotte.

Next weekend Ambrose will be one of the busiest drivers in NASCAR, pulling double duty in two countries.

He will race in the NASCAR Sprint Cup Series Pure Michigan 400, before heading to the Circuit Gilles Villeneuve in Montreal, Canada for the NAPA Auto Parts 200 in the NASCAR Nationwide Series. Next Story Stone: Ambrose was always going to win 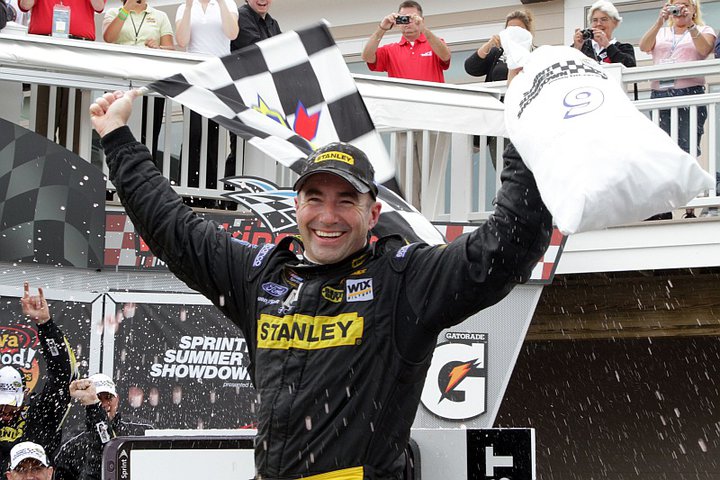