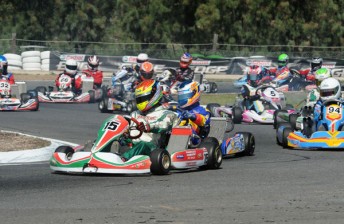 The final round of the 2011 CIK Stars of Karting Series will hit television screens across the country. Pic: AF Images/Budd

Top line Australian karting will return to television screens for the first time in a number years when the final round of the 2011 CIK Stars of Karting Series presented by Castrol EDGE will be shown on SPEED TV Australia later this year.

Speedcafe.com understands that the program will not just be all about the racing either, it will highlight some of the people and personalities involved in karting, current and previous, while also featuring some of the technical aspects of the sport.

Former Executive Producer of the V8 Supercar Championship, Murray Lomax, and the team at Castle Media, who currently produce the Australian Motocross Series, Australian Ironman Series and the Australian Surf Life Saving Championships, will be producing the broadcast.

“Karting is something that I’ve always thought deserves to be a part of a high level production and I’m delighted to be able to share the action from the final round of the CIK Stars of Karting Series with viewers across the country,” said Lomax.

Australian Karting Association National President Simon Whiting believes that this announcement is another boost in providing the CIK Stars of Karting Series, and karting in general, a lift to be further recognised as a professional form of motorsport in Australia.

“When the CIK Stars of Karting Series was rejuvenated and rebranded at the start of 2010, one of the main focuses was to provide karting with a promotable product and this telecast will be the next major step in achieving this goal,” said Whiting.

“The series is karting’s major promotional tool and has been designed so the classes can be easily understood by the general public along with the media across the country. With every round the momentum has continued to build with increased competitor and spectator numbers.”

The final round of the 2011 CIK Stars of Karting Series presented by Castrol EDGE will be hosted by the North Shore Kart Club at the Sydney’s Eastern Creek International Karting Raceway on October 15/16 with the telecast to be shown in the following weeks on SPEED TV Australia. 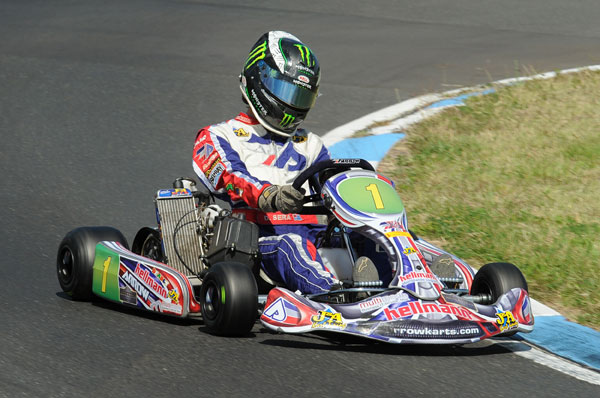 Next Story Can Sera be stopped at the Rotax Nationals? 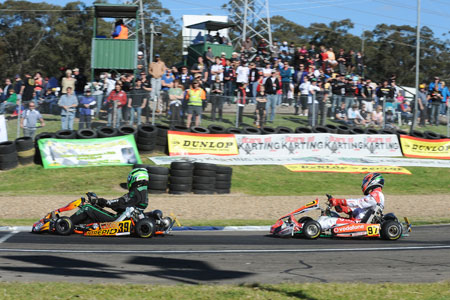