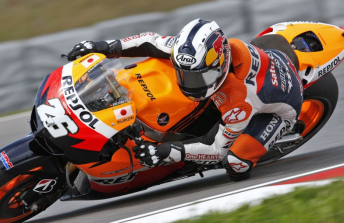 Dani Pedrosa at Brno on his way to pole position

After an injury plagued season, it is Pedrosa’s first pole for 2011 and his first since Motegi last year.

Lorenzo tried to match Pedrosa’s time, but would constantly lose time in the uphill final sector.

Stoner took third after topping a wet final practice session earlier in the morning. While he didn’t have the pace to match his team-mate, he will line up on the front row of the grid.

Suzuki wildcard rider John Hopkins has been ruled out of the event after crashing in practice, injuring his hand.

The Cardion ab Grand Prix České republiky race will be held tomorrow – broadcast live on One HD for Australian viewers at 9.30pm. 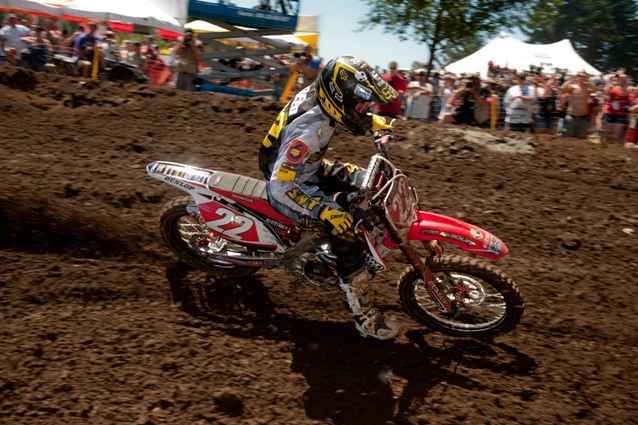 Next Story Reed battles to fourth at Unadilla National