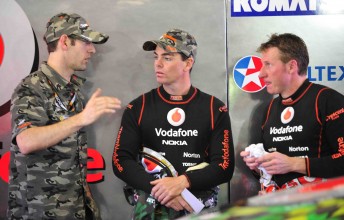 V8 Supercars endurance drivers will get their last chance to drive their respective race cars at Queensland Raceway in Friday’s co-driver session.

The majority of the leading teams are using the opportunity to give their drivers one last stint before heading to the L&H 500 Phillip Island on September 16-18.

Of the local drivers, David Besnard (Jim Beam Racing) will continue his ongoing non-appearance at the co-driver practice sessions, while Owen Kelly will be missing because of his commitments at Montreal in GrandAm and NASCAR Nationwide.

Andrew Jones has been slated to steer Jason Bright’s Team BOC Commodore, although no one has been listed to drive the other two Brad Jones Racing Commodores of Jason Bargwanna and Karl Reindler.

See below for the full list of co-drivers who will drive in the 30 minute practice session on Friday. Next Story Racers down to business at Morgan Park 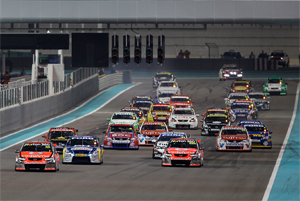