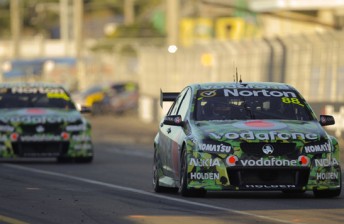 With the 2011 V8 Supercars Championship currently at its halfway mark, Speedcafe.com puts the first 15 races under the microscope in a five-part STATS WEEK analysis. Yesterday’s edition of STATS WEEK split the points standings into hypothetical Street Circuit and Permanent Circuit Championships. Today we look at the form across the three tyre formats.

Just 12 months ago, Jamie Whincup’s form on Dunlop’s softer compound tyre was supposedly a weakness. The eight all-soft tyre races held so far in the 2011 V8 Supercars Championship have firmly put that myth to bed.

While collisions accounted for Whincup’s chances in both races at the ITM400 Hamilton, the TeamVodafone driver has finished no worse than third in any of the other six soft tyre races, giving him a clear lead in the ‘Soft Tyre Championship’.

Shane van Gisbergen has also been a standout on the softer rubber this year, winning in both Hamilton and Hidden Valley to sit second behind Whincup, while Bright – with race wins at Barbagallo and Winton – rounds out the top three, seven spots higher than his actual championship placing.

Somewhat ironically, the second biggest mover when only the soft tyre races are counted is David Reynolds. While the Stratco Kelly Racing driver has qualified an average of 5.5 places better on the hard than the soft, Reynolds’ points total is skewed somewhat by his strategy-assisted fourth place finish on the softs in Abu Dhabi.

Others to gain five places over their regular championship tallies are James Courtney, whose only race win of the season so far came on softs in Abu Dhabi, and IRWIN Racing’s Alex Davison.

See below for the Soft Tyre Championship standings

Jamie Whincup has also been exceptionally strong on the hard tyre, finishing in the top two in three of the four all-hard tyre races held so far.

With just four races run on the ‘control’ tyre, several make major jumps in the points standings, with Tony D’Alberto, Dean Fiore and James Courtney leaping 12, 10 and nine places ahead of their regular championship positions respectively. The other major gainer is Coulthard, up five places having shown particularly strong form in Adelaide.

On the flip side, Steve Owen missed scoring points in two hard tyre races thanks to his Saturday crash in Adelaide and hence drops 10 places, while tough runs at Clipsal also affect Alex Davison and Lee Holdsworth, who both lose nine places.

See below for the Hard Tyre Championship standings

Not surprisingly, including only the mixed tyre races provides the most radical shake-up of all, due to the dual effects of there having been only three of the multi-tyre affairs run thus far, and the typically chaotic nature of the racing when both tyres are involved.

Finishing second-third-second in the three mixed tyre events, held consecutively across the Hidden Valley and Townsville meetings prior to the mid-season break, give Lowndes the edge over Whincup in these standings, while Ford drivers Mark Winterbottom, Shane van Gisbergen and Will Davison round out the top five.

Those gaining the most are Russell Ingall (up 14 places to sixth) and Tony D’Alberto (up six places to 19th), while Jason Bright (down 11), Rick Kelly (down nine), James Courtney (down eight) and Garth Tander (down seven) all suffer.

STATS WEEK concludes tomorrow with a detailed look at qualifying. 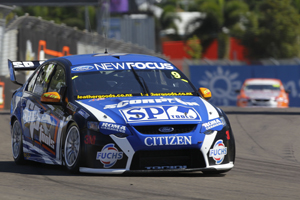 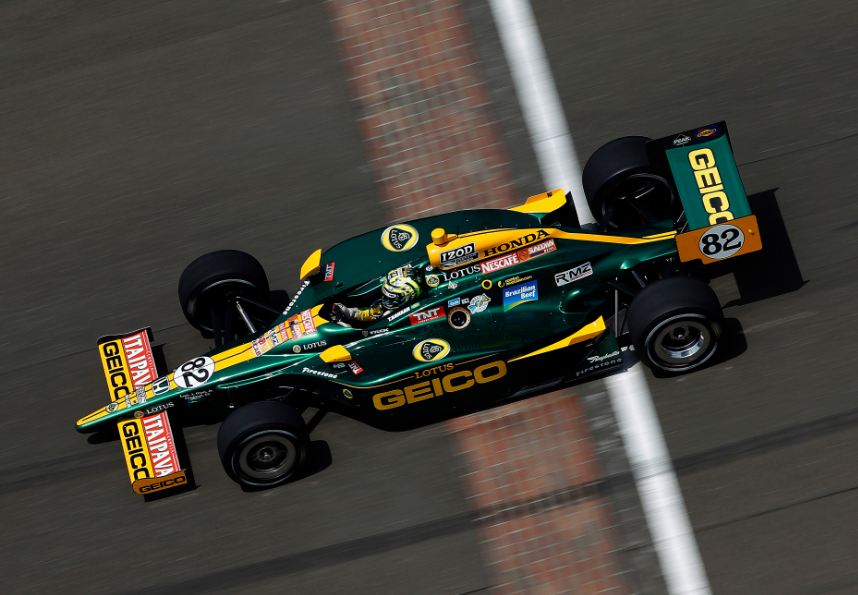