No new cars for Carrera Cup until 2012 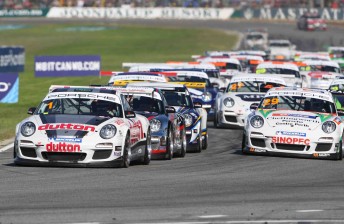 The Carrera Cup field rushes into turn one at Barbagallo Raceway

Carrera Cup’s four new cars will not see the race track until 2012.

The one-make class recently acquired four new GT3 911s for competition in the IFX Porsche Carrera Cup title, but has elected to keep them under wraps until next season.

The new cars are currently open to purchase, with eligible buyers able to submit expressions of interest.

Porsche Carrera Cup motorsport’s boss Jamie Blaikie says that he wants to ensure that the most suitable buyers are accepted into the class.

“We’ve given our current competitors a commitment that the new cars won’t start until 2012,” Blaikie told Speedcafe.com.

“We’re going to call for an expression of interest, and then we’re going to go through those and select the people we want to deal with.

“We will pick the people who we believe will be the best fit for the competitors.”

The allocation of the four cars will be split between the ‘Professional’ and ‘Elite’ classes.

“We have a great split of professional and elite at the moment, and we don’t want to upset that.”

The Elite championship is scored over their best six of seven rounds, with the ‘businessmen drivers’ having the ability to drop one round each season.

Blaikie says that the addition of the new four cars will ensure a healthy 22 car field each round.

“The new number of cars will be good, because we’ll have a pool 26 cars, and we’ll be almost guaranteed of not turning up to round with less than 22 or 23 cars,” he says.

“Last time we ran Carrera Cup, we recognised that it was hard for the elite drivers, who are mainly professional businessmen. It was sometimes a burden to commitment to every round with their other commitments. This year, we’ve given them that flexibility.

“Adding extra cars in ensures that we’ll have a good quality field at every race meeting.”

The next round of the IFX Porsche Carrera Cup will be held at Phillip Island on September 16-18. Next Story Brabham returns to Formula Ford fray for QR 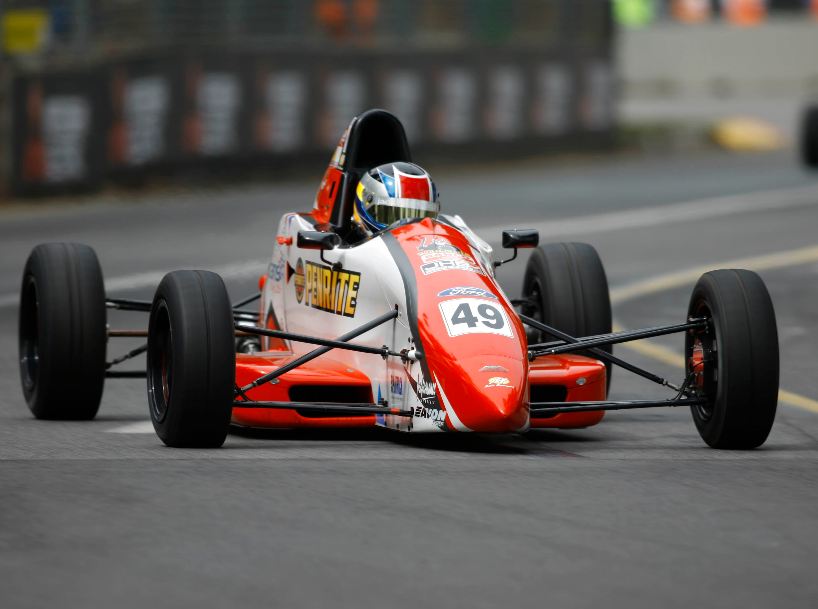 Previous Story AMSF on lookout for next Rising Stars