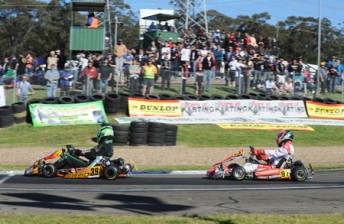 Eastern Creek has been confirmed as the venue for the final round of the 2011 CIK Stars of Karting Series. Pic: AF Images/Budd

The final round of the CIK Stars of Karting Series presented by Castrol EDGE, will be held at Sydney’s Eastern Creek International Karting Raceway – but a month later than planned.

It is the second time that series organisers have been forced to move the event due to ongoing delays with the resurfacing of the circuit.

The Sydney round was originally planned for July 30/31, has already been swapped with Newcastle’s round due to the delays with the track repairs during June, will now play host to the fifth, and final round, on October 15/16.

“This decision isn’t something that came to easy to the International Karting Committee and Series Organisers, but we’re pleased to be able to confirm that the final round will be held at a resurfaced Eastern Creek venue,” said IKC Chairman Craig Denton.

“We believe holding a round in Sydney is vital to the continued success of the series and moving the date back slightly, rather than changing the venue, is the most appropriate decision we could make in the best interest of the series.

“Moving dates is never an easy thing to do in our sport. With the New South Wales State Championships being held at Eastern Creek on the first weekend in October the revised date is the soonest that the track would be available and suitable for the high-powered karts used in our series.

“The Eastern Creek track has played host to some great karting events in the past, including several thrilling final rounds of our series, and we look forward to having another fantastic event in October.”

Entering the final round of the series all three of the championships in the Pro categories, along with the two titles in the Yamaha Challenge, are set to go down to the wire with Pierce Lehane holding the largest lead in the championship at 27 points. All other points leaders, with the exception of Junior National, hold less than a ten point lead at the top of the standings with a maximum of 85 points up for grabs in the final round. 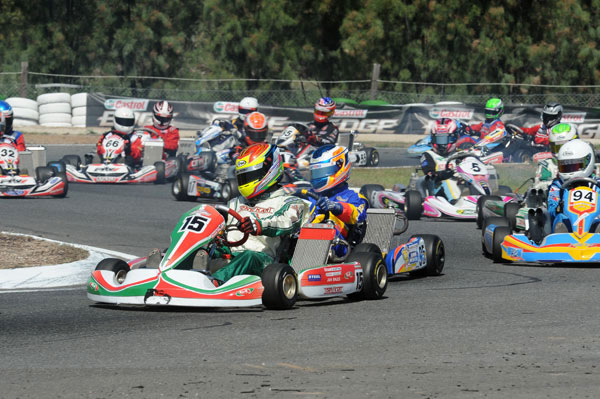