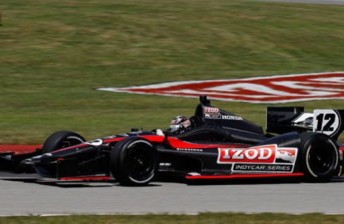 Wheldon in the 2012 machine

The 2012 IndyCar has hit the track for the first time, with Indianapolis 500 winner Dan Wheldon taking the wheel at Mid-Ohio.

The open-wheel series will move to a control Dallara tub next season, with teams able to choose their own combination of body kit and engine supplier .

Honda, Chevrolet and Lotus have all committed to developing engines that conform to the new 2.2 litre V6 regulations, with the test car running the Japanese power plant, in addition to Dallara bodywork.

According to project manager Tony Cotman, the first test marked a watershed moment for IndyCar racing.

“It’s a great day to see the work of many individuals in a very short amount of time out on the racetrack. It’s the start of a new era for IndyCar,” said Cotman.

“It’s a lighter car, it has more horsepower and it has a lot less drag than the current car, so naturally on the right day it will go quicker and that’s something that the fans have to look forward to.

“I think it also will provide a different type of racing with different engine manufacturers, too. It will be interesting, it will be exciting and it will  be a bit of a change.”

IndyCar has scheduled 12 days of evaluation testing for the new car, spread across three road courses and three ovals.

The test program will be complete by the end of September, with teams set to receive their first chassis in mid-December.

Wheldon, who will drive with the Toll Holden Racing Team at this October’s Armor All Gold Coast 600 V8 Supercars race, has been chosen as the program’s official test driver. The car is being run by Bryan Herta Autosport, which won this year’s Indianapolis 500 with the Briton. 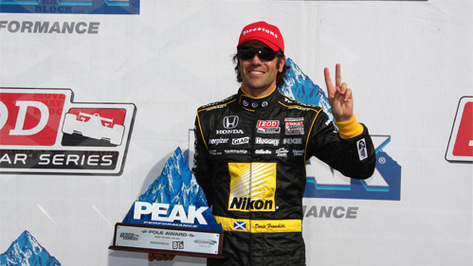 Next Story Franchitti on pole at Loudon 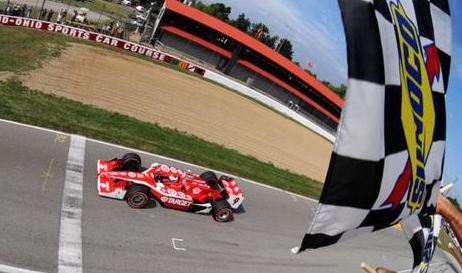