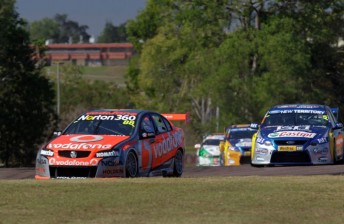 With the 2011 V8 Supercars Championship currently at its halfway mark, Speedcafe.com puts the first 15 races under the microscope in a five-part STATS WEEK analysis. Today we look at Laps Led.

Pit strategies may have seen 22 different drivers lead laps over the first 15 races, but nothing can hide the domination of Jamie Whincup.

The TeamVodafone driver has led 295 of the 869 laps held so far this season – a staggering 207 more than nearest rival Mark Winterbottom.

Underlining his dominance, Whincup has led at some point in 10 of the 15 races, and is the only driver to lead every lap of a race (Race 1, Yas Marina).

While Winterbottom headed the field just once in the first nine races, the Orrcon Steel FPR driver has led in each of the last six – thanks largely to his impressive qualifying performances.

Garth Tander sits third on the tally, with the bulk of his time out front coming on the way to race wins in Adelaide (Race 3) and Townsville (Race 14). Team-mate James Courtney meanwhile is ninth, and has not led without the assistance of pit strategy since the opening stint on Sunday in Adelaide.

Rick Kelly’s performance in Adelaide’s Race 4 and across the subsequent Hamilton weekend are largely responsible for the Jack Daniel’s Racing driver sitting fourth in the Laps Led tally. Kelly led 71 of 195 laps across Races 4, 5 and 6 to leave New Zealand second in both the championship and the Laps Led tables.

The current second placed man in points, Craig Lowndes, had led just 17 laps all season prior to his run on Sunday last time out in Townsville, where TeamVodafone where one of several teams to take advantage of a rule loophole and use two sets of soft tyres.

The timing of pitstops, especially during the mixed tyre races in Darwin and Townsville, unsurprisingly skew the Laps Led table, with Brad Jones Racing among those to benefit from ‘playing the long game’ on strategy.

Jason Bright has led in seven of the races, with only four of those occasions coming without those in front pitting first. Team-mate Jason Bargwanna has led five races – each for two laps or less.

Bright meanwhile is second to Whincup in Stints Led – which counts each time a driver takes the lead in a race. The Team BOC driver’s high score in this area comes thanks in part to having headed the field at the end of each pitstop cycle during Race 11 at Winton. Whincup also led Race 11 on three separate occasions, contributing to the highest number of lead changes (11) in a single race.

A day earlier, Winton had seen a season-high eight different race leaders, despite Race 10 being just 120km in length. By comparison, there were seven different leaders in Race 11.

Interestingly, the four hard tyre-only races run thus far have seen an average of 3.5 different leaders per race, compared to 4.5 across the eight soft tyre-only races and 6.7 over the three mixed-tyre affairs.

Note: A driver is only counted as having led if they lead past the start-finish line in that position

See below for the full Laps Led table after Race 15 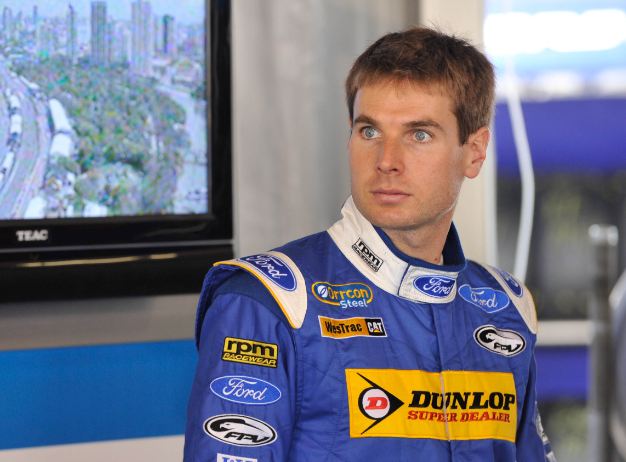