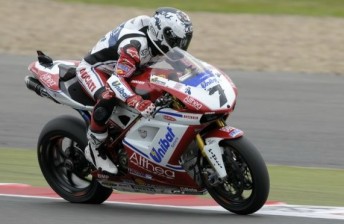 Carlos Checa has once again dominated a World Superbike weekend, this time at Silverstone in the UK.

On an impressive day the Spaniard scored his 10th victory of the year made his 100th start and chalked up race wins 300 and 301 for Ducati.

Sylvain Guintoli got into the top six on his Effenbert Liberty-Racing Ducati, ahead of 19th place qualifier Joan Lascorz (Kawasaki Racing Team), the top Ninja rider in the race in seventh after Mark Aitchison (Pedercini Kawasaki fell).

Aprilia Alitalia rider Max Biaggi was a disappointed 11th, his team-mate Leon Camier distraught at losing a podium place as his bike suffered a problem that held him back in 15th place.

Checa did it again in the day’s second 18-lap race at Silverstone, moving further ahead in the championship chase.

In a carbon copy of the race #1, Laverty took his four-cylinder bike to second, with his fellow Yamaha man Melandri third.

A far better race for Biaggi with the defending world champion fighting with Melandri in the final few corners but could not work a way past at the flag.

Biaggi’s team-mate Camier was fifth, having been in a podium spot for most of the race. Hopkins was pushed to seventh by the impressive privateer Guintoli. 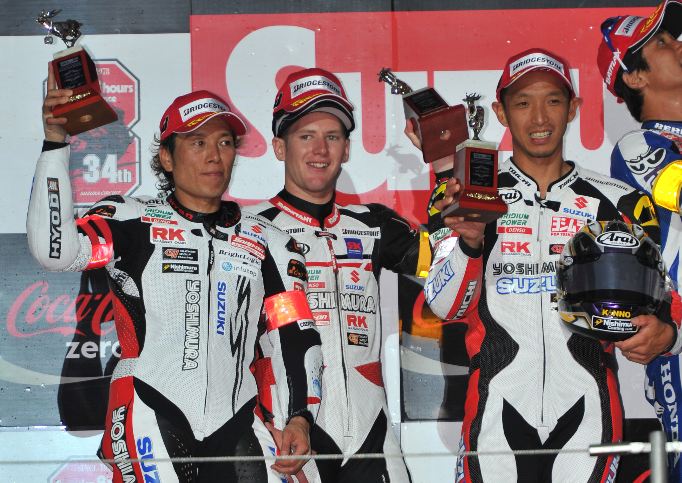 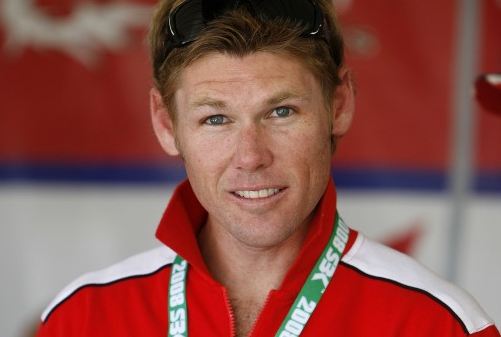