Home » News » Rally » Tight at the top in Finland The Neste Oil Rally Finland is set for a thrilling final day showdown with 2.6-seconds covering the leading three drivers.

Loeb began day two of the world championship qualifier first on the road with an advantage of 2.8s over Ogier. While the effect of road cleaning didn’t slow him down in the morning, the hot and dry conditions in the afternoon meant Loeb was powerless to keep Ogier at bay as he struggled to forge a clean line through the surface gravel.

The seven-time world champion then lost further ground time when his windscreen was damaged by rocks thrown up by Ogier’s car as they negotiated the superspecial stage around a trotting track in Lahti on Friday evening.

It meant Ogier would start Friday’s final run 1.9s ahead of Loeb. But with both drivers anxious to avoid running at the head of the pack for Saturday’s 11 stages, they became embroiled a game of tactical warfare.

Loeb forced Ogier’s hand by checking in for the stage start one minute late, which incurred a 10-second penalty in a possible effort by Loeb to confuse Ogier. But the younger Frenchman responded by slowing sufficiently to fall behind Loeb. It means Loeb will start first – and will clean the road on Saturday – but has also enabled Latvala to close up to the leading duo for a tense finale on Finland’s high-speed gravel stages.

Petter Solberg is the leading privateer in fourth overall. The Norwegian was unable to replicate the pace he has shown on previous rounds and reported significant tyre wear on his self-run Citroen. However, the ex-world champion is less than 30s adrift of the top trio and in a strong position to capitalise in case of any slip ups.

The former Rally Finland winner began day two in 36th overall, more than two minutes off the pace, following his delay on Thursday evening when he damaged his Fiesta going off the road on the rally’s very first stage. A stunning recovery by the Finn, which included setting five fastest stage times, has brought him to within touching distance of the top five, albeit 1:28.7 off the lead.

Dani Sordo lost time with a sensor problem on Friday morning before he momentarily went off the road on the final stage following a rare driving error in his MINI John Cooper Works WRC. The Spaniard is seventh overnight.

Kris Meeke had closed to within a handful of seconds of team-mate Sordo only to pick up a 20-second time penalty for arriving at the start of stage eight two minutes behind schedule when his John Cooper Works WRC refused to restart after he’d stopped on the road section. In the rush to get his car fired up neither Meeke nor co-driver Paul Nagle were able to check the rear doors of their MINI had been secured and they flapped open during the stage.

Super 2000 World Rally Championship leader Juho Hanninen is ninth for Red Bull Skoda with Henning Solberg 10th in his M-Sport Stobart Fiesta. Matthew Wilson and Kimi Raikkonen are next up in 11th and 12th respectively having both survived high-speed moments during the day.

Jari Ketomaa started day two in fourth position but gradually slipped back before rolling into retirement on stage eight in his privateer Fiesta.

Here are the day’s video highlights Next Story Reeves continues to impress in Finland 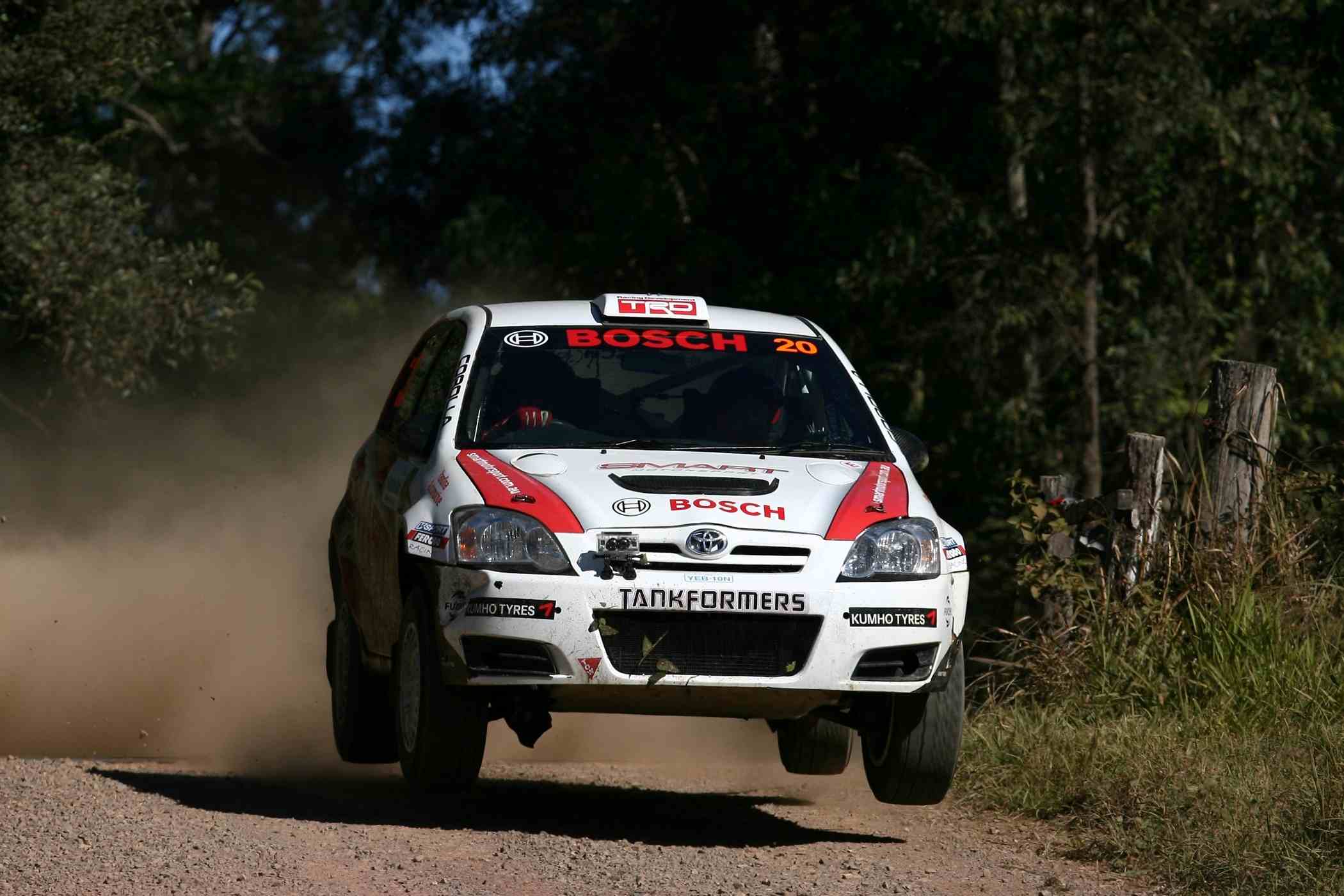