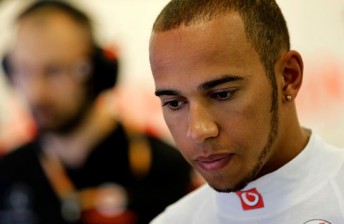 McLaren’s Lewis Hamilton has set the pace during the opening day of running at the Hungaroring.

The Briton topped both 90 minute practice sessions, setting a best time of 1:21.02s less than an hour into the afternoon’s running.

In what looks likely to be a highly competitive weekend between the sport’s top three teams, Fernando Alonso ended the day second fastest in the Ferrari, 0.21s behind Hamilton, with Jenson Button a further 0.078s adrift in the second McLaren.

The Red Bulls of Mark Webber and Sebastian Vettel rounded out the day fourth and fifth respectively, despite a rare error from the Australian in Practice 1.

Webber lost control of his RB6 at Turn 9, shooting across the kerbing and into the barrier – breaking his front-wing. The car was undamaged enough to be driven back to the pits, but took no further part in the opening session.

“”I made a mistake this morning when I got on the damp kerb,” said Webber at day’s end.

“I’ve seen a few of those over the last few years, but drivers still don’t learn – we still go out there and push!

“I clipped the ‘turf and hit the barrier, but fortunately only the front wing was damaged.

“We recovered pretty well this afternoon and got a lot of mileage in. The car ran well and we have lots of info to go through tonight.” 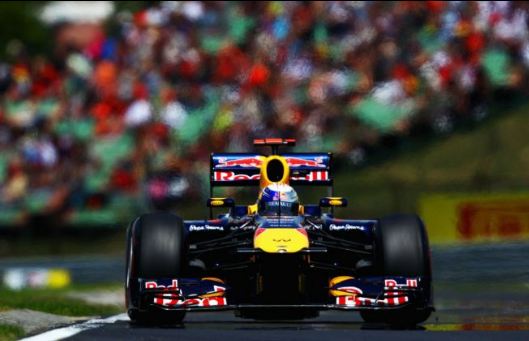 Next Story Vettel snatches pole from Hamilton in Hungary