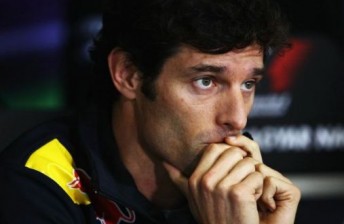 After finishing third in each of the last four races, Mark Webber heads into this weekend’s Hungarian Grand Prix looking for his first win of the 2011 season.

Having arrived in Budapest, the Red Bull Racing driver participated in the traditional pre-event press conference. Below is a transcript of what the Australian had to say.

Q: Mark, obviously a winner a year ago and just one retirement in nine races here. That’s not a bad record is it?

Mark Webber: Yeah, I didn’t know about that. That’s good. I hope I can continue. Last year’s race was good and looking to give it another crack this weekend if I can. The car should be good here. I’ve been pretty quick myself of late so I’ll see what I can do.

Q: Everyone says the Red Bulls are going to be quick here, but where do you see yourselves?

Webber: Well, last year is a little bit of a form card. Obviously, the regulations have changed a lot since then, so let’s see how that goes. Clearly, McLaren and Ferrari aren’t hanging round as well. Qualifying has tightened up a lot in the last few events and so have the races, as we saw. Silverstone would have been a track where you would think we could have been a bit more competitive or more dominant compared to the high standards we have set around some particular venues around the world and this one you might pick as well. So, find out Sunday night.

Q: In fact, third place in the last four races. You must be getting a bit fed up with that?

Webber: Yeah, I think it has been consistent. I suppose all of us here want to do better, that’s human nature. I have had some good fights. The last race was a very good grand prix from all of us fighting for the victory, and it went Lewis (Hamilton’s) way. Yeah, it is better than having five fifths in a row. But to get the win you need everything perfect, even for second for that matter. To bang out podiums you still need to get a lot of things right, so I am not getting too carried away with a good run of results, but to go the next step you have just got to tick the last few boxes and just get it done.

Q: You have had a couple of pole positions in the last two races as well. Do you feel you have got work to do on your start? Is that a problem do you feel?

Webber: I think the whole team, we all do, need to. Felipe probably had the best start at the last race. Sebastian (Vettel) was under a lot of pressure himself, so both of us didn’t have the easiest run to the first corner. Silverstone was a dry track, intermediates on the car, so it was an interesting start. Sebastian did the same to me as what I did to him at Silverstone the year before. A little bit more grip on that side and off you go.

The starts, you know… Jenson has had some good ones and the last one was a shocker for him. That’s just the car. There a lot of things that go into the starts, how it all works, so we need to continue to focus on that. We need to focus on pit-stops. That’s Formula One racing. Lots of things need to be put into the mix to get the right results.

Q: In the last three races we had wins from Vettel in Valencia, Alonso in Silverstone, and Hamilton at Nurburgring. Is it realistic to believe that we will have a fight between all three teams in this race?

Webber: I think it will be tight again. All three teams, as you’ve said, have shown forms of… well, they have won, simple as that. It’s not chances, ifs, buts and whens. They actually have gone out and won grands prix fair and square: Sebastian in Valencia, Fernando in Silverstone and then Lewis. None of those victories were handed to them, no one was in front and then had a technical problem. They were grands prix that were won fair and square, so there is real form there, and I think that this weekend, whether it’s three teams remains to be seen, but two definitely could challenge for the victory. Three is a bonus, obviously, for the neutrals, you guys (the media). Three would be the maximum; I don’t think we will have four teams but three will probably mean that one of six drivers can win the race.

Q: The usual Budapest question: what are you planning for your holidays – if we promise we won’t follow you?

Webber: A lot of cycling – no, no, just relaxing in France.

Q: Mark, you were saying it’s tightened up in qualifying and in the last few races the other teams have actually been faster than you in qualifying. You called for a reaction from the team post-race in Germany; have you been to the factory, have you seen the conveyor belt of go-faster bits coming from Red Bull for the second half of the season and how are you feeling about that?

Webber: Yeah, I’ve been to the factory but there’s no real knee-jerk reaction. Obviously, we don’t plan to start having meetings and start planning more stuff any quicker than we probably had envisaged anyway. We know that we don’t take anything for granted, we’ve never done that over the last 18 months. We know that people can arrive back very very quickly and hopefully you can go back away again as quickly as they arrived, so obviously Adrian’s working very hard with his group of people. Rob Marshall (chief designer), everyone, the guys are working very hard.

We’re not all cruising around, we’re trying to do what we can conceptually for our car that’s going to work for the remaining races and you cannot redesign the car in three days, obviously. We were a little bit off the pace in Nürburgring, not much. We challenged for victory but we need to go quicker again, and that’s what we’ve got to work on and address. It’s by going racing that you learn about yourself; we don’t learn about ourselves at the factory, we learn about going racing and that’s the most important thing, to react in a positive, constructive way off the back of being beaten fair and square.

Q: This is obviously a back-to-back race; just wondered what your thoughts were on that: how draining is it for a driver and some of the challenges that are involved in racing two consecutive weekends?

Webber: Yeah, it’s not a bad question, actually. I think it’s something that’s not new to us. We’ve had back-to-backs; for the experienced guys it’s obviously something that we’ve experienced quite a lot. We know it’s coming, you prepare for it. Obviously the teams know it’s coming as well in terms of logistics, in terms of how they deal with it, but for us, normally it’s two Europeans. Obviously sometimes we have back-to-backs later in the year: Japan and Korea and things like that. If you had two Singapore Grands Prix in a row obviously it’s a little bit more draining, an event like that but obviously when you have two cool events like we’re going to have here, that’s not very demanding or taxing on us.

Obviously the cars are much easier physically as well, so I think that from our perspective the load is obviously not too bad. It’s reasonably straightforward. Obviously you just get sick of the sight of the mechanics and the engineers; ten days in a row and you have only two days away from them, but we all love each other, so that’s fine. I’m sure after the back-to-back we look forward to a break. 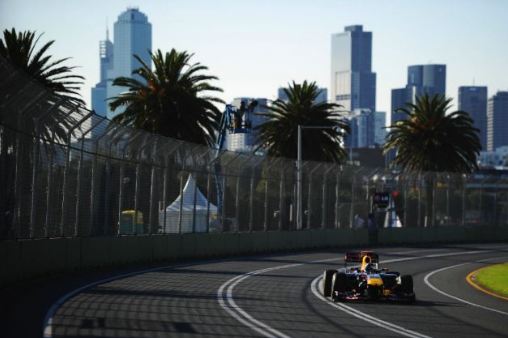