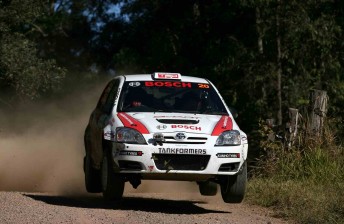 Ryan Smart during the last round in WA

The tranquil surroundings of the Barossa Valley in South Australia will come alive this weekend for the third round of the Bosch Australian Rally Championship.

A fast and consistent start to the year has Ryan Smart in his turbo-charged Toyota Corolla at the head of the championship chase and after testing in the Mt. Crawford Forest the Sunshine Coast driver is fully aware of the challenge on the fast open stages.

“I guess there is a lot of hype going around coming into this round,” said Smart.

“I’m just going to keep it real and drive my own event, there’s still a long way to the podium at Rally Victoria.”

“I know this rally is fast, so with our ‘less-restricted’ Corolla we’ll have to keep an eye in the rear-view mirror for Mark Pedder.

“The key to this rally will be consistency and tyre choice. We tested a few tyres and found the Kuhmo 800’s worked really well, especially in warm conditions.

Pedder is banking on the horsepower of his Mitsubishi Lancer Evolution IX and a new approach to the event to bridge the gap to Smart.

“I am confident that we will be more than a match for Ryan and John this weekend,” said Pedder. 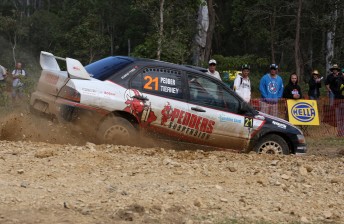 “Ryan is certainly driving very well and his confidence is up, this is the halfway mark of the championship and we need to make some inroads here giving us a chance to capitalise at Rally Australia in September. We have made some changes to the car to suit the unique conditions in South Australia.”

Pedder rates the fast and flowing South Australian roads as the best in Australia.

“There is no doubt that these are the best roads in the country – super fast and rewarding,” said Pedder.

“The Scouts Rally SA team do a fantastic job and run a top-notch event…. I can’t wait to do the Woodhouse stage in front of thousands of fans.”

With mechanical maladies blighting the opening two rounds Justin Dowel is hoping for a trouble free.

“It hasn’t been a great start to the year but we head to South Australia with renewed confidence on the back of some serious improvements to our car,” said Dowel.

“The single biggest change is our brand new sequential gearbox. We put it through 110 kilometres of flat out testing and if I can sum it all up in a word it’d be – Fast!”

“I think Ryan had better watch out, these ARC cars are fast and the speed of the roads down there are really going to play into the hands of the guys in the unrestricted Evo Lancers such as Steve Shepheard, Mark Pedder and I.”

Steve Shepheard is very much in the mix in SA after the SACHS Rally Team Evo finished third on the event last year.

“After the roughness of Queensland, we did a full front to back rebuild, so it’s game on “ said Shepheard.

Team navigator John MacCarthy has been looking at computer downloads from the first two rounds.

Scouts Rally SA gets underway Saturday morning from Mt Pleasant, including the ‘Woodhouse Scouts Complex’ stage during the middle of the day Saturday & Sunday. 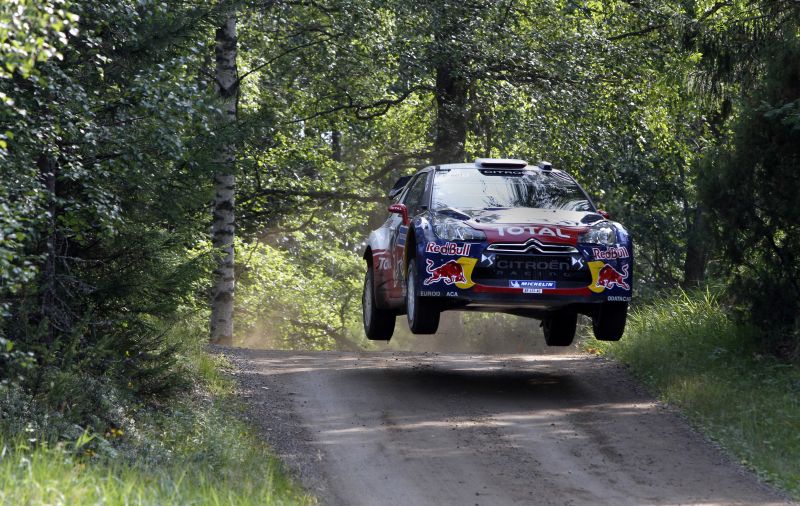 Next Story Tight at the top in Finland Previous Story Reeves on the pace in Finland