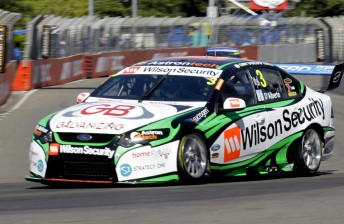 The Armor All Gold Coast 600 will feature an active Formula One driver – the first time a current F1 star will compete in a V8 Supercars event.

Liuzzi, team-mate to Australian F1 driver Daniel Ricciardo, is one of seven drivers with Formula One experience announced at today’s official launch, which also celebrated the upcoming 21st birthday of the classic Surfers Paradise event.

It will be a busy few weeks for Liuzzi who will race in the Korean Grand Prix on October 16, fly to the Gold Coast for the Armor All Gold Coast 600 and then head to India for the penultimate round of the F1 World Championship the following weekend.

Liuzzi’s deal with the team will see him compete in his Hispania Racing driving suit. The seven drivers announced today collectively have no less than 350 Formula One Grand Prix starts between them.

The total number of international drivers confirmed comes to 25, with three deals still to be secured.

See below for the full list of drivers and teams for the Armor All Gold Coast 600.

Like last year’s inaugural Gold Coast event, all international drivers will have the opportunity to test their V8 at Queensland Raceway on Wednesday, while some teams will elect to test for half a day on Thursday, as some of the IndyCar drivers will not arrive until midway through the week.

Also confirmed today is that legendary Scottish band Simple Minds will headline the 600 Sounds music festival on the Broadwater Parklands.

Stay tuned to Speedcafe.com today for more news from the event launch.

* Drivers pairings to be confirmed

Liuzzi will be in action this weekend at the Hungarian Grand Prix. See Speedcafe.com’s Budapest Race Guide below
Click below to view the guide