Jamieson will drive the ex-Eggleston Motor Sport VZ at Sandown

The South Australian duo are scheduled to make their debut appearances in the Shannons Nationals presented by Hi-Tec Oils class at Sandown in September.

The car failed to qualify for the recent Fujitsu V8 Supercars round in Townsville with Lindsay Yelland at the wheel, and has since been rebuilt at Terry Wyhoon’s Image Racing headquarters.

Having been the pace-setter in Australian Saloon Car racing over the past few seasons, Jamieson says the time is right to move on.

“I’d met all my expectations with Saloon Cars and found myself wondering what was next – I needed a new challenge,” said Jamieson.

“I’d been talking to fellow South Australian Oscar Fiorinotto for a while about the category and watching with interest as it grew.

“Because of Oscar’s involvement with Team Dynamik I was always pretty keen on the Eggleston car, and finally negotiated a deal to pick it up.

“The car had been freshened recently, and it has a new gearbox, so it’s right to go.

“I don’t have any expectations going in. I want to be competitive, but I’m not making predictions, we’ll just take it as it comes.” Heinrich enjoyed his first test in the ex-Steve Ellery AU

Heinrich has already tested the car at Mallala and was surprised by its traits.

“I have always wanted to race a touring car, it’s something I have been wanting to do for many many years,” said the five-time Saloon Car series winner.

“It’s hard to describe really, it’s not what I was expecting.

“You’ve got to drive it hard and aggressive. We went faster than I anticipated and I’m very happy with the car.”

Fujitsu V8 Supercars Series racer Marcus Zukanovic could also be on the grid at Sandown, with the Melbourne based Action Racing team currently assessing the possibility of running its Walkinshaw Performance VZ chassis. 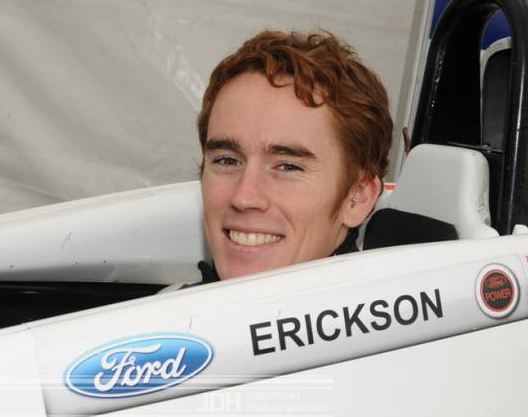