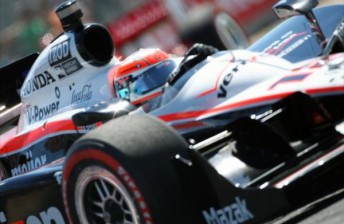 Will Power wins in Edmonton for second time

Toowoomba’s Will Power has struck back in the IZOD IndyCar Series leading a Team Penske 1-2 at the Edmonton Indy in Canada.

After back-to-back non-finishes in Iowa and Toronto, Power got the break he was looking for on Lap 19 of 80.

Power, who started second in the No. 12 Verizon Team Penske car, led teammate Helio Castroneves across the start-finish line by 0.8089 of a second for his second victory in Edmonton and his fourth of the season.

Dario Franchitti finished third (1.1735 seconds back) and remains the IZOD IndyCar Series championship points leader by 38 (cut from 55 following the Honda Indy Toronto). Sydney’s Ryan Briscoe was on track to finish fourth, but a late splash for fuel gave the position to Tony Kanaan. Justin Wilson was a season-best fifth and Sebastien Bourdais also posted a season high in sixth.

Power overtook pole sitter Takuma Sato, who missed the apex of Turn 13 on the 2.224-mile, 13-turn City Centre Airport circuit, for the lead on Lap 19. Scott Dixon in the No. 9 Target Chip Ganassi Racing car also slipped past Sato, and Franchitti caught Sato’s No. 5 KV Racing Technology-Lotus car in Turn 5 for third.

On a Lap 29 restart for the second and final full-course caution, Power drove past Alex Tagliani entering Turn 1 to secure the lead for good. Castroneves pressed his teammate — never trailing by more than 0.8702 of a second after gaining the position when Briscoe pitted on Lap 52 — but couldn’t get a clean shot to pass. Franchitti was lurking, trailing by about a second from Lap 57.

“It was so bloody hard there at the end with Helio and Dario pushing me along,” said Power.

“I just couldn’t gap them. It’s good for Verizon and also good for Team Penske. To finish 1-2 is really good.

“When I came out of (his final pit stop) I had on reds (alternate Firestone Firehawk tyres) and thought I have to look after them so I will really be gentle. Then Helio was right there and I’m like, ‘Man, I’ve got to go.’ I had to ask (race strategist) Tim (Cindric) if that was for the lead. He said, ‘Yeah, go!’ I just held on there at the end.”

After Power unloaded a verbal spray in Toronto after being spun by Franchitti, Dixon let everyone know about EJ Viso’s driving following an incident that left him with damage and a 23rd place finish.

“I don’t know if he was looking at somebody in the stands or what.” 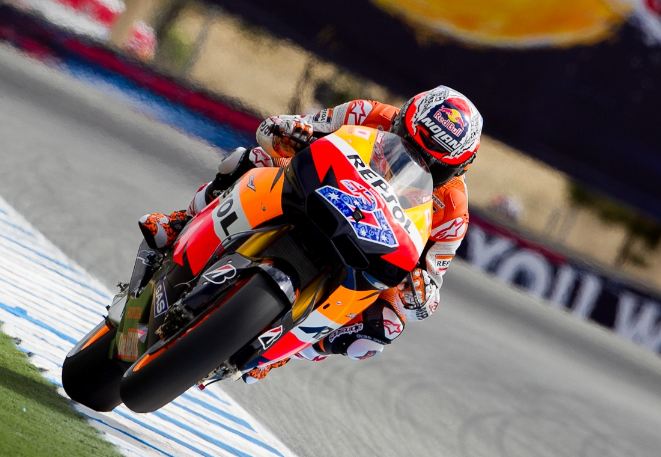 Next Story Stoner stuns Lorenzo to win US GP 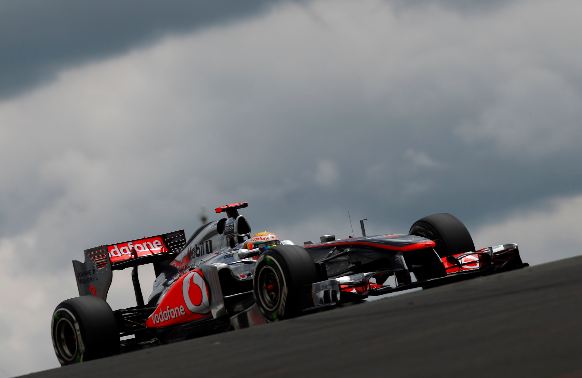