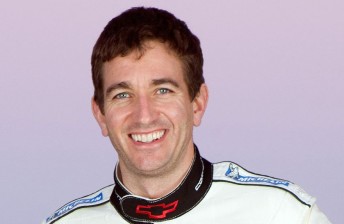 Gavin is no stranger to rear-wheel-drive V8s

Gavin is a former British Formula 3 Champion and currently splits his time between Corvette’s GT program and Banner Racing’s Chevrolet Camaro team in the Rolex Grand Am Sportscar Series.

Gavin is best remembered by some as Formula One’s Safety Car driver in the late 1990s.

“We’re really pleased to have a driver of the calibre of Oliver Gavin join Kelly Racing for the Armor All Gold Coast 600,” said Todd Kelly.

“We originally planned to have Ben Collins join us again, but when that was not possible due to Ben’s schedule we snapped up Oliver and we were really pleased to secure his services.

“Oliver drives for Corvette Racing, as does Richard Westbrook, who will be driving with me on the Gold Coast. Oliver is another of the world-class GT sportscar drivers who are so versatile when it comes to racing different kinds of cars week in, week out.

“We are all really pleased to have Oliver teaming up with Murph in the Pepsi Max Commodore for the Gold Coast and we think we’ve got a top notch line-up of internationals for our team for October.”