Lorenzo on pole despite major crash 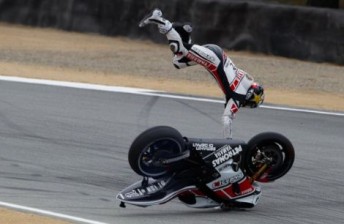 Lorenzo was up to his old tricks in Practice 3

Jorge Lorenzo has taken pole position for Laguna Seca’s US Grand Prix just hours after walking away from a major practice crash.

Lorenzo had crashed at Turn 5 on his in-lap at the conclusion of Practice 3 – an incident that the reigning World Champion was at a loss to explain.

Casey Stoner ended qualifying just 0.074s shy of his title rival after improving on his final run, while team-mate Dani Pedrosa did likewise to complete the front-row.

Yamaha had looked set for a one-two performance part-way through the session until Ben Spies crashed during his final run and fell to fourth.

Hector Barbera and Randy de Puniet both suffered falls during qualifying, with the latter undergoing a trip to the medical centre following his mistake at Turn 5. Next Story Podium for Metcalfe at Washougal 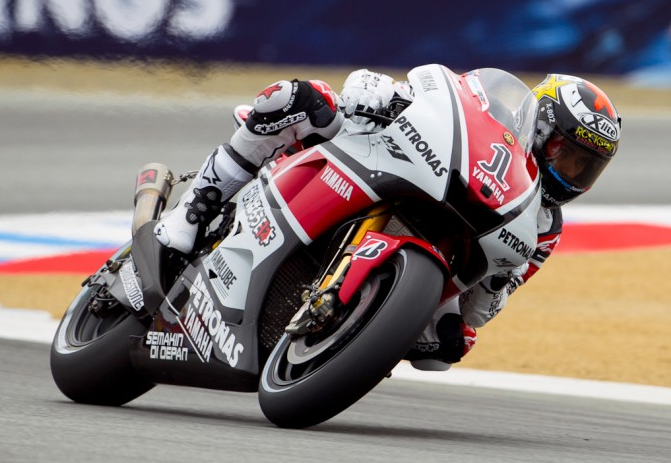