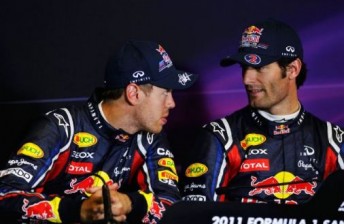 Vettel and Webber at Silverstone

Red Bull Racing team-mates Mark Webber and Sebastian Vettel say they are relaxed on the issue of team orders ahead of this weekend’s German Grand Prix.

The comments follow the controversial final laps at Silverstone, where Webber ignored orders to ‘hold position’ behind Vettel.

Webber told reporters at the Nurburgring that he had discussed the situation with team principal Christian Horner at the British circuit.

“We had a chat straight after the race debrief,” said Webber.

“We spoke about it, he guaranteed me that it would have been the same situation the other way around if Seb was closing in on me, he would have still shut the race down. It was over pretty quick really.”

Webber acknowledged that team orders could again be applied in the future, depending on the situation.

“If there is a similar situation, it is not often that you are closing in the last few laps, that was the awkward one I think,” said Webber.

“We are still free to race most of the time – it was an awkward one and it is not often that things like that happen in terms of the time of the race, and up until then we will be racing.”

“I think it always depends on the situation in the race,” said Vettel.

“On the one hand you want to race for yourself and on the other hand you try the best for the team. To be honest, I don’t think there’s much we have to talk through and go through again.”

Vettel and Webber currently sit first and second in the World Drivers’ Championship after nine races.

Red Bull Racing team-mates Mark Webber and Sebastian Vettel say they are relaxed on the issue of team orders ahead of this weekend’s German Grand Prix. 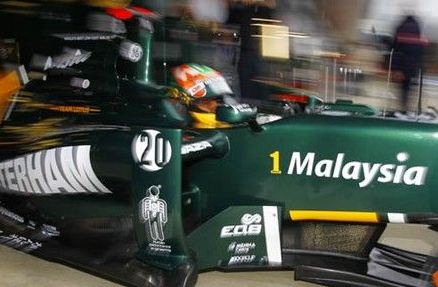